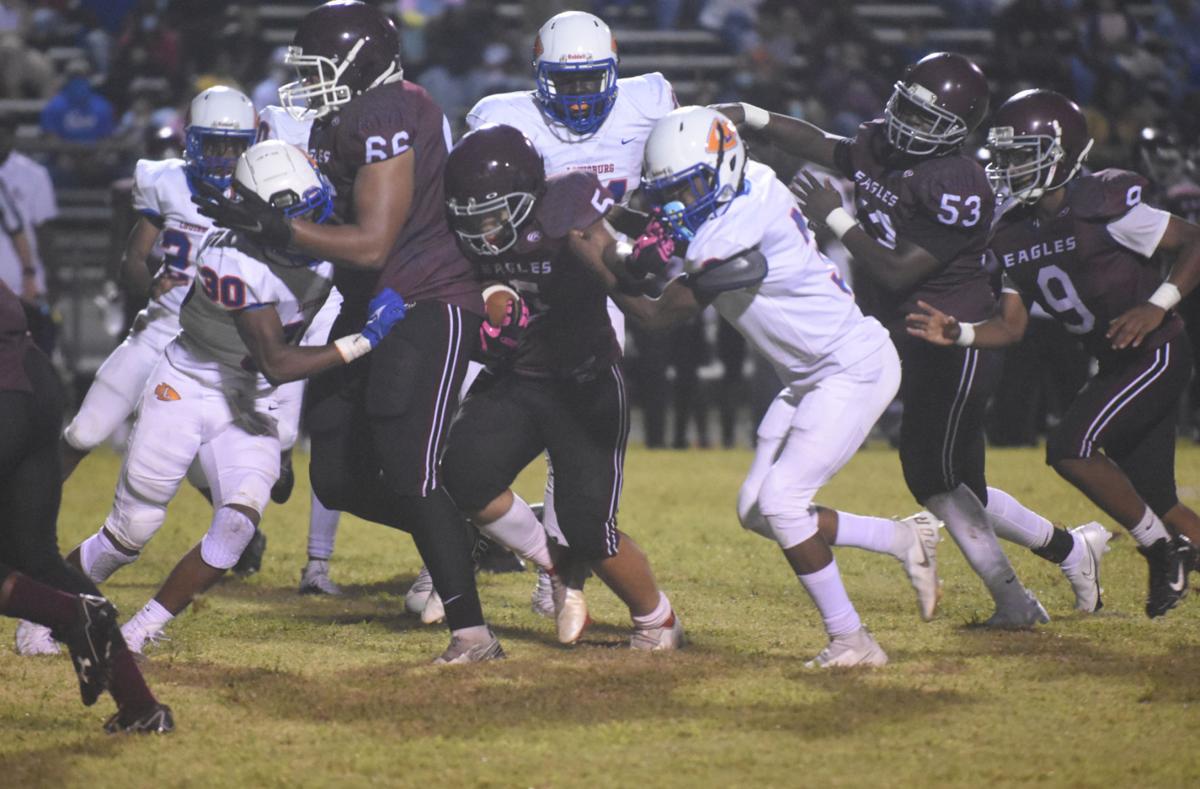 Warren County running back Noah Dortch (center) fights his way through several Louisburg defenders during his team’s 42-14 loss on Friday evening. Dortch scored one of Warren County’s two touchdowns on the night alongside fellow running back Amonta Jordan. 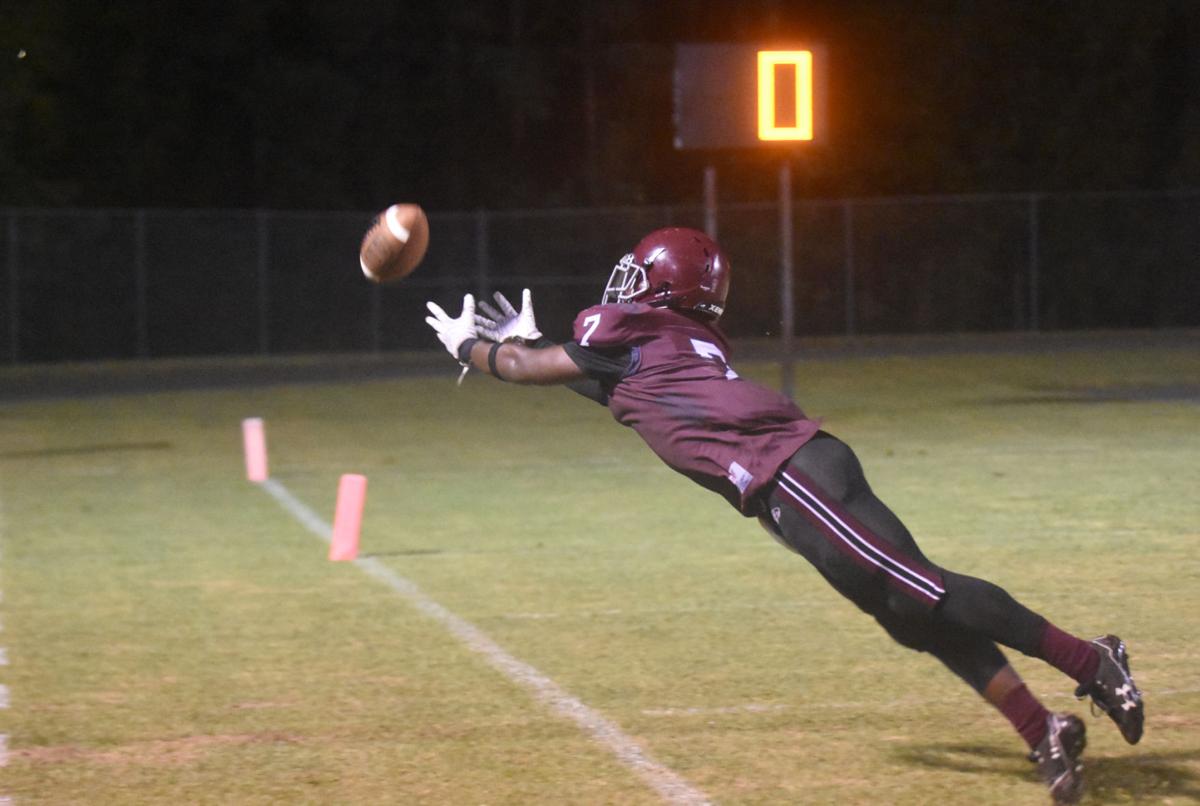 Warren County tight end Jah’quell Hendrick tries but fails to haul in a catch from quarterback Dennis Williams during his team’s 42-14 loss against Louisburg on Friday evening.

Warren County running back Noah Dortch (center) fights his way through several Louisburg defenders during his team’s 42-14 loss on Friday evening. Dortch scored one of Warren County’s two touchdowns on the night alongside fellow running back Amonta Jordan.

Warren County tight end Jah’quell Hendrick tries but fails to haul in a catch from quarterback Dennis Williams during his team’s 42-14 loss against Louisburg on Friday evening.

HENDERSON — A much anticipated rematch for Warren County against Louisburg on Friday evening ultimately ended in disappointment.

Having lost 53-20 to Louisburg at the end of spring football season, Warren County on Friday initially battled the visitors to a 14-14 tie at halftime. But in the second half, the Eagles gradually lost momentum and surrendered 28 points.

Head coach V.J. Hunt and his staff had plenty of time to prepare their players, but he attributed Friday’s outcome to inexperience down the depth chart.

“This is a game of depth, which we don’t have,” Hunt said. “We’re a young football team and I know our starters can play with anybody. However, when guys start getting tired, that’s where you see the difference.”

Two areas that Hunt singled out as major issues against Louisburg were special teams and the secondary.

Senior lineman Leslie Williams, who also serves as Warren County’s punter, had two of his punt attempts blocked in the second half. Louisburg sophmore wide receiver Tymar Kearney scooped up one of them for a Warriors touchdown.

Hunt anticipated that Louisburg would have plenty of opportunities to score on his young defense, but he entered the matchup optimistic that Warren County could match their opponent’s scoring production on the ground with senior Amonta Jordan and junior Noah Dortch in the backfield.

Even with their top rusher in senior Jay Goode temporarily sidelined due to a leg injury, Warren County’s run game remained effective against a stout Louisburg defense, with Jordan and Dortch each finding the endzone once.

Hunt believes that Jordan and Dortch are more than capable of leading the ground attack in Goode’s absence. But he said that the rest of the Warren County offense needs to match their composure and leadership on the field if they want to win more games.

Jordan and Dortch “were phenomenal,” Hunt said. “They played with a lot of heart, as they do all the time, and our offensive line did a great job up front. We had some miscues in the red zone that ended up hurting us, and those things just can’t happen when you’re a young football team.”

For Hunt, Friday’s loss was especially disappointing knowing that it was the first fall game in Warrenton since the onset of the COVID-19 pandemic and that his players were unable to bring home a victory in front of their home crowd.

He is confident that the issues with the secondary and special teams will be fixed ahead of conference play but he is also worried that the issues surrounding Warren County’s depth will take time to iron out.

“We’re definitely going to have to fix special teams,” Hunt said. “We have not had a blocked punt since I’ve been here and we had two tonight. Depth needs to be built up too, but that’s tough when your freshmen and sophomores haven’t played football in two years because of COVID. We’re relying a lot on those freshmen to hold key positions, and that is what’s hurting us.”

Warren County begins playing opponents in the 1A East Conference 9 this coming weekend. Southeast Halifax is the first team up on their conference schedule, for a road battle at 7 p.m. on Friday.