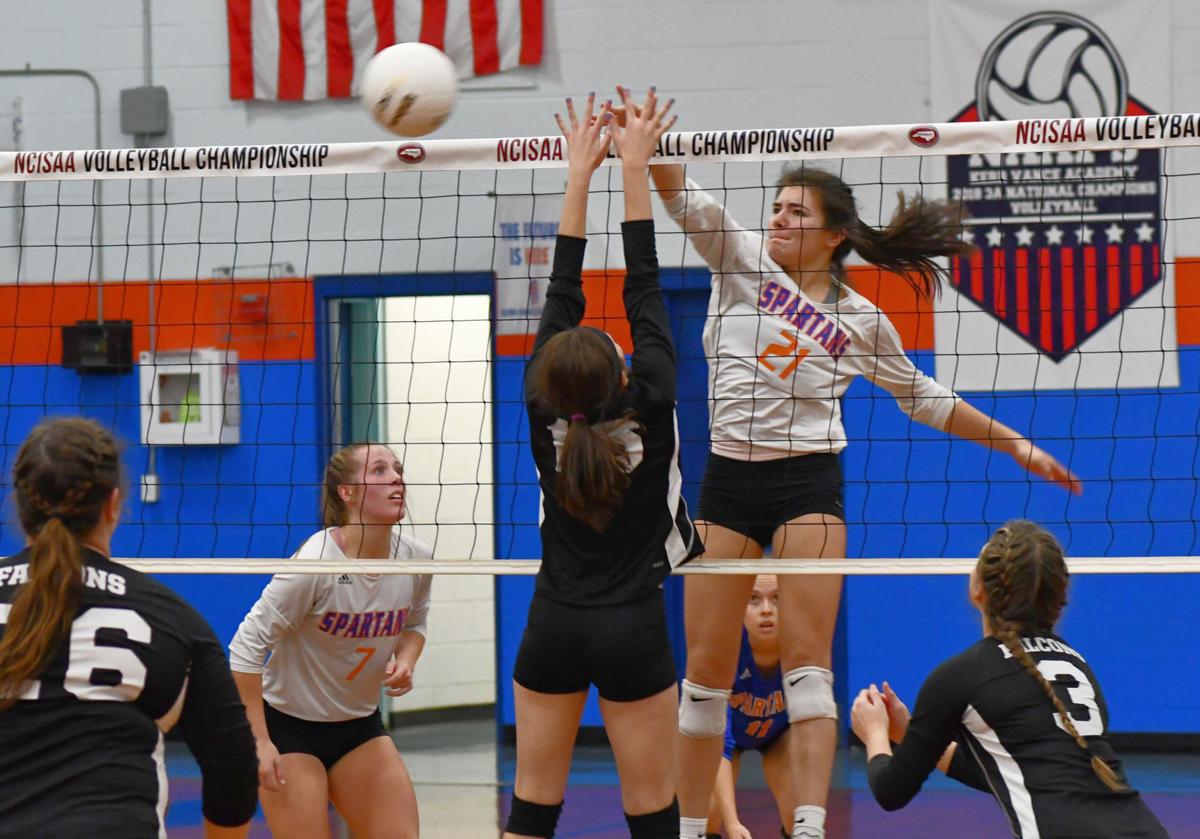 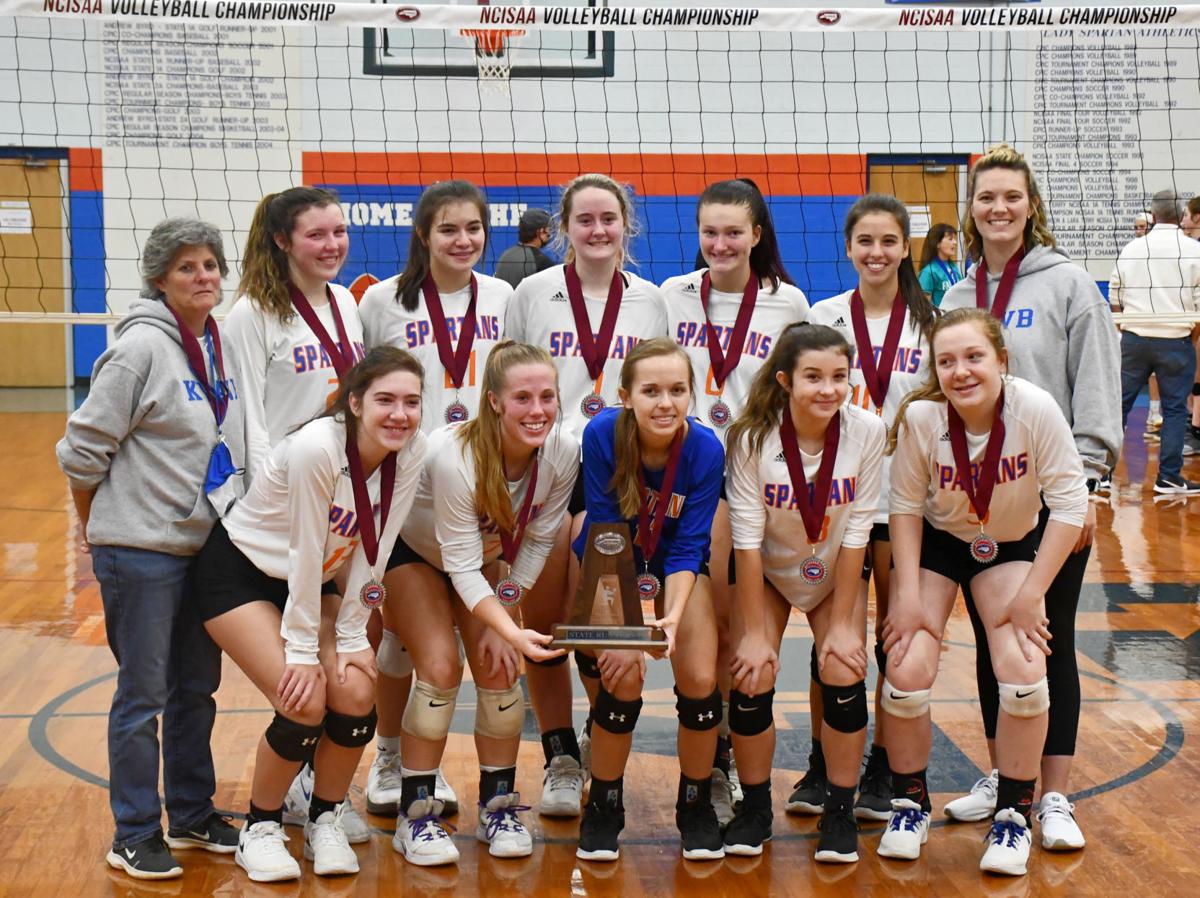 The members of Kerr-Vance Academy’s volleyball team collected the runner-up trophy on Saturday after falling to Lee Christian in the N.C. Independent Schools Athletic Association 1A finals.

The members of Kerr-Vance Academy’s volleyball team collected the runner-up trophy on Saturday after falling to Lee Christian in the N.C. Independent Schools Athletic Association 1A finals.

HENDERSON — Visiting Lee Christian dominated Kerr-Vance Academy in every aspect of play during the 2020 NCISAA 1A volleyball championship on Saturday, handing the Spartans a 3-0 loss and denying their bid for a third consecutive state championship.

Saturday’s outcome — against a school the Spartans defeated for the 2018 title — came as a shock for KVA head coach Casey Ellington, who was disappointed after having spent the past several weeks trying to see to it her players would be ready for such a game.

“I think the girls came in not exactly prepared,” Ellington said. “I think they hesitated a little bit in some areas, but [Lee Christian] started tipping the ball and were getting points that way, and that got the girls down. They came in thinking they could win easily and that was not the case. They just weren’t here mentally.”

KVA and Lee Christian began the title bout by trading leads and ties during the first set until Lee Christian went on a 5-0 nothing run to give them a comfortable advantage over their opponent.

The Spartans tried to rebound from their early deficit, and managed to briefly take a 14-13 lead over Lee Christian, but they failed to sustain that momentum as the visitors from Sanford assumed control once again to win the first set 25-19.

As with the first set, the sides were evenly matched at the beginning of the second game, with Lee Christian narrowly hanging on to an advantage that KVA was determined to wrestle away from them.

Ellington was forced to spend a timeout when Lee Christian took an 11-7 lead, but the break did little to change her team’s fortunes, as the Falcons kept piling on the points to win 25-17, leaving them with only one more set to clinch the NCISAA 1A championship.

KVA fought valiantly to extend the match into a fourth set, and even pulled ahead to a four-point advantage, but Lee Christian’s efficiency and cohesion proved to be too much.

Ellington credited Lee Christian for putting together a complete game against her players, but she was proud of everything the Spartans accomplished during her first year leading KVA’s prestigious volleyball program.

“The girls made it this far, so they should be very proud of themselves,” Ellington said. “We’ve got six seniors leaving, so the underclassmen are going to have to step up and work very hard. We might also have to move some players around so that we’ll have a good team next year.”

Despite Saturday’s loss, Cheyenne Owen, Katelyn Balentine and Kaitlyn Jones all depart KVA as two-time state champions, while Blaire Boyd and Anna Overby collected a title in their first year with the program in 2019.

With those five seniors, along with Juliana Negron, all set to graduate later this summer, rising senior Courtney Tuck and rising freshman Regan Tanner are expected to be leaders of a rebuilding season for KVA in 2021.