Sign Up
Log In
Purchase a Subscription
You have permission to edit this article.
Edit
Home
News
Features
Sports
A&E
Business
Opinion
Obituaries
Multimedia
Announcements
e-Edition
Classifieds
Share This
1 of 8 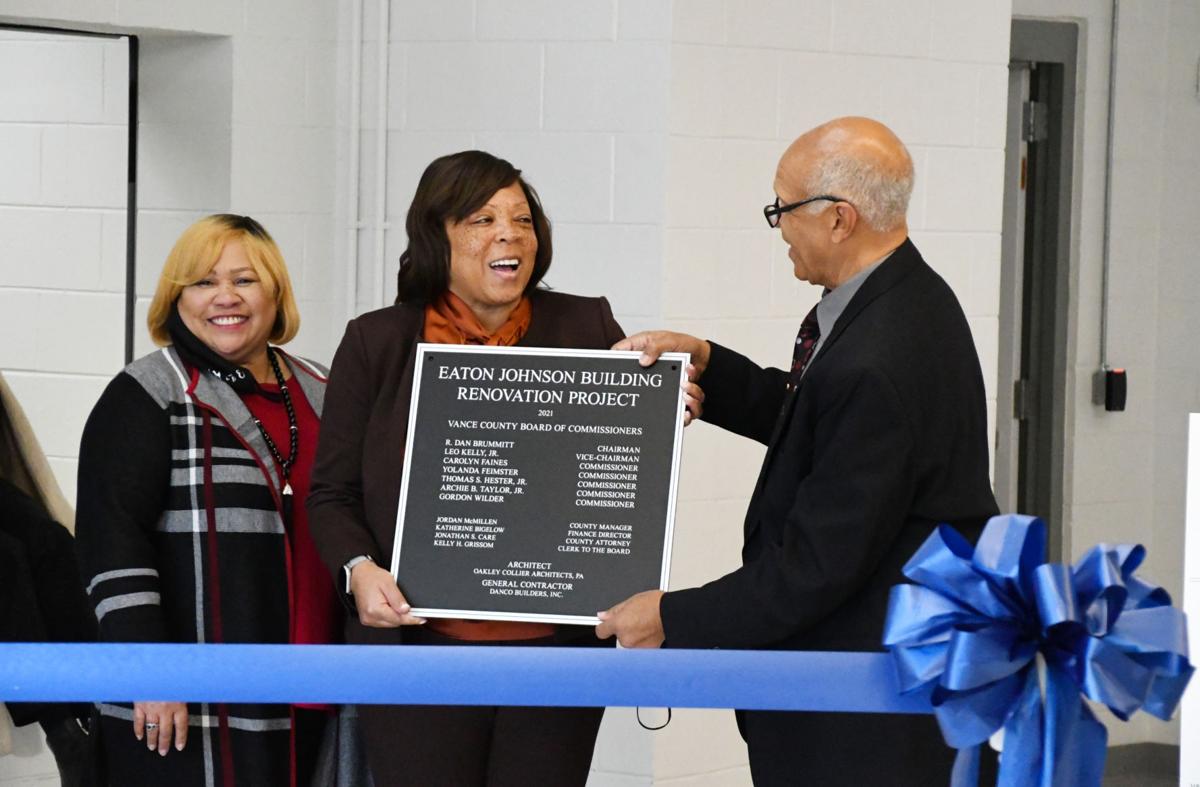 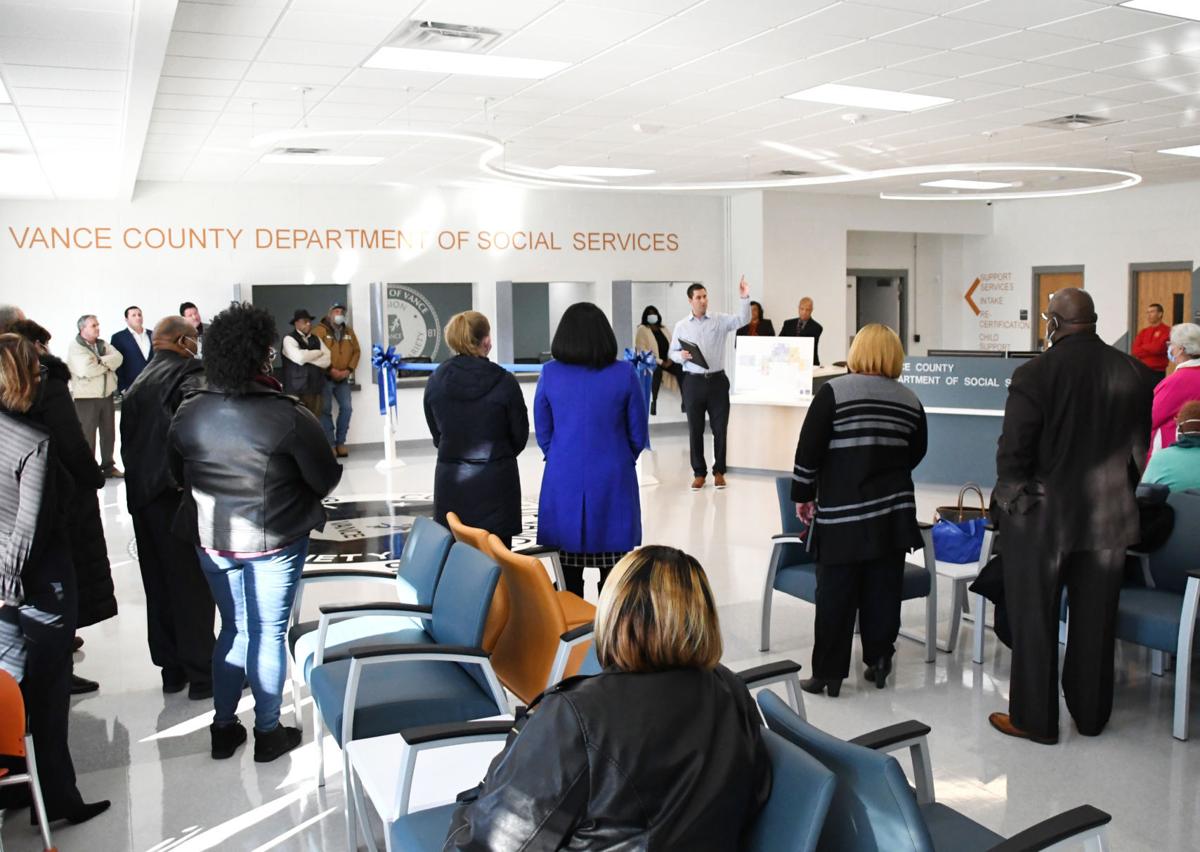 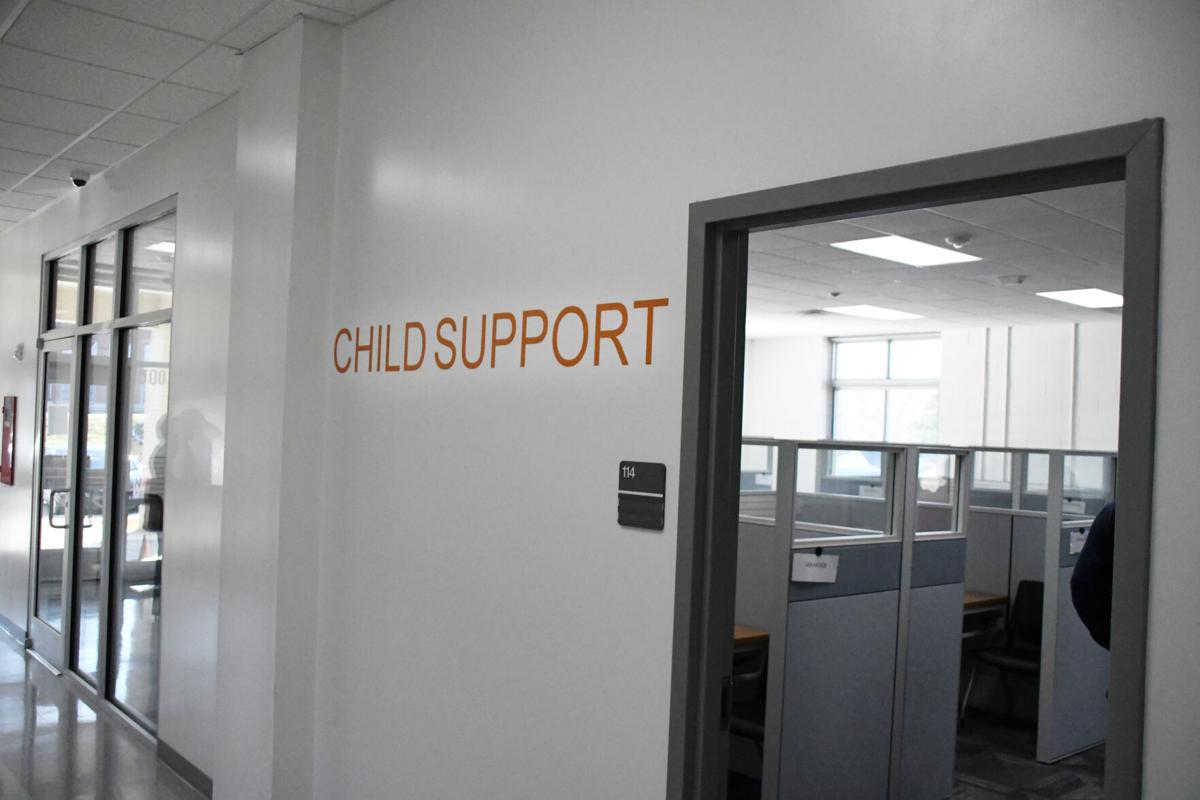 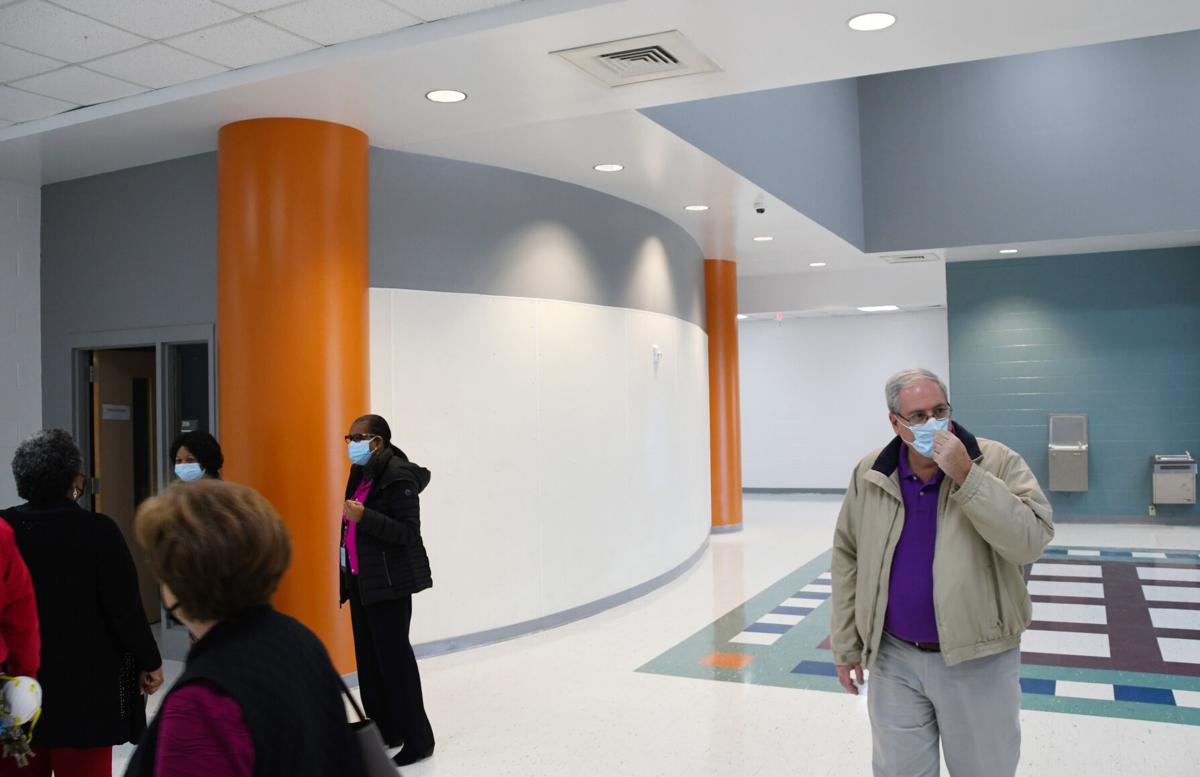 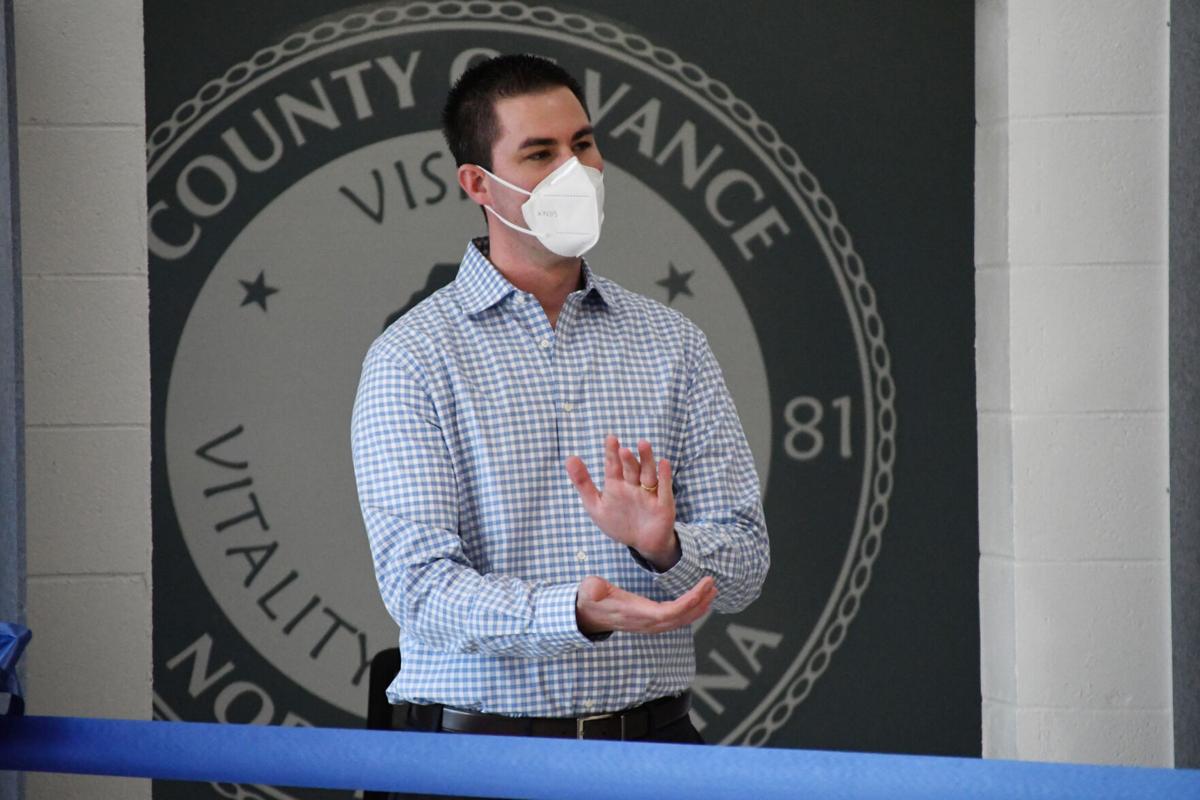 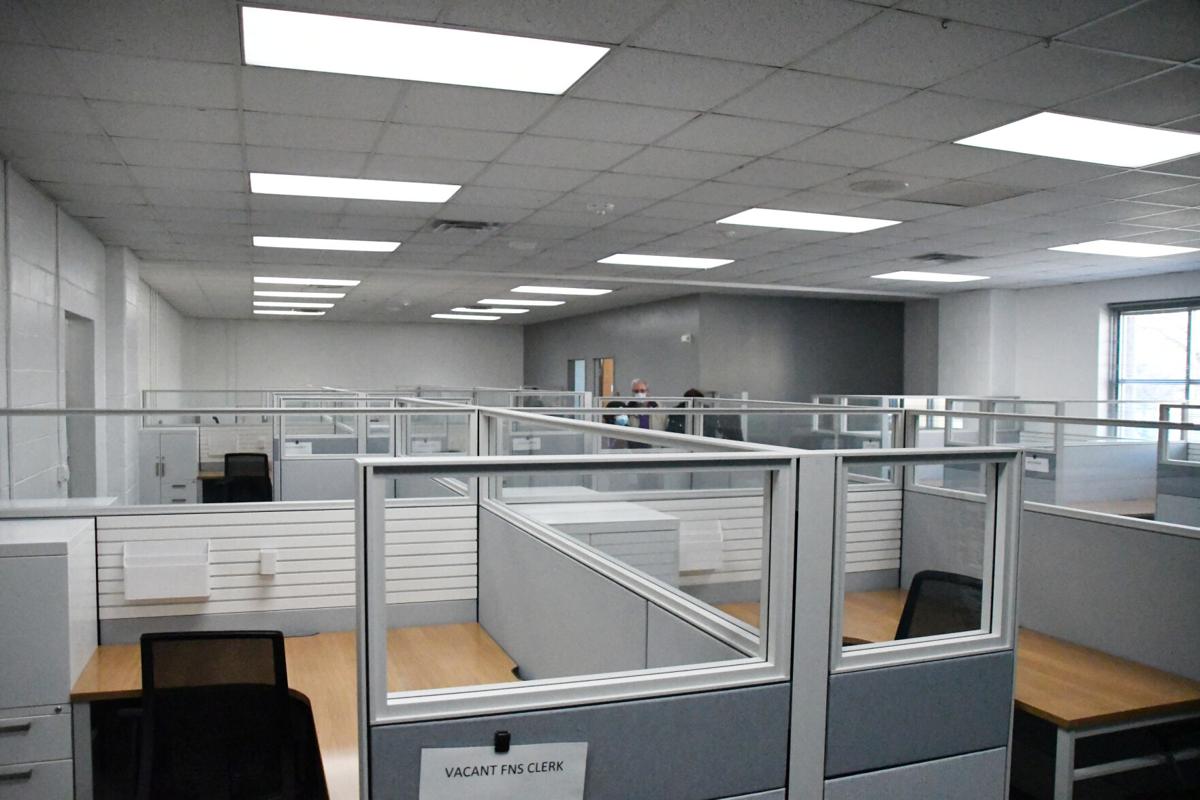 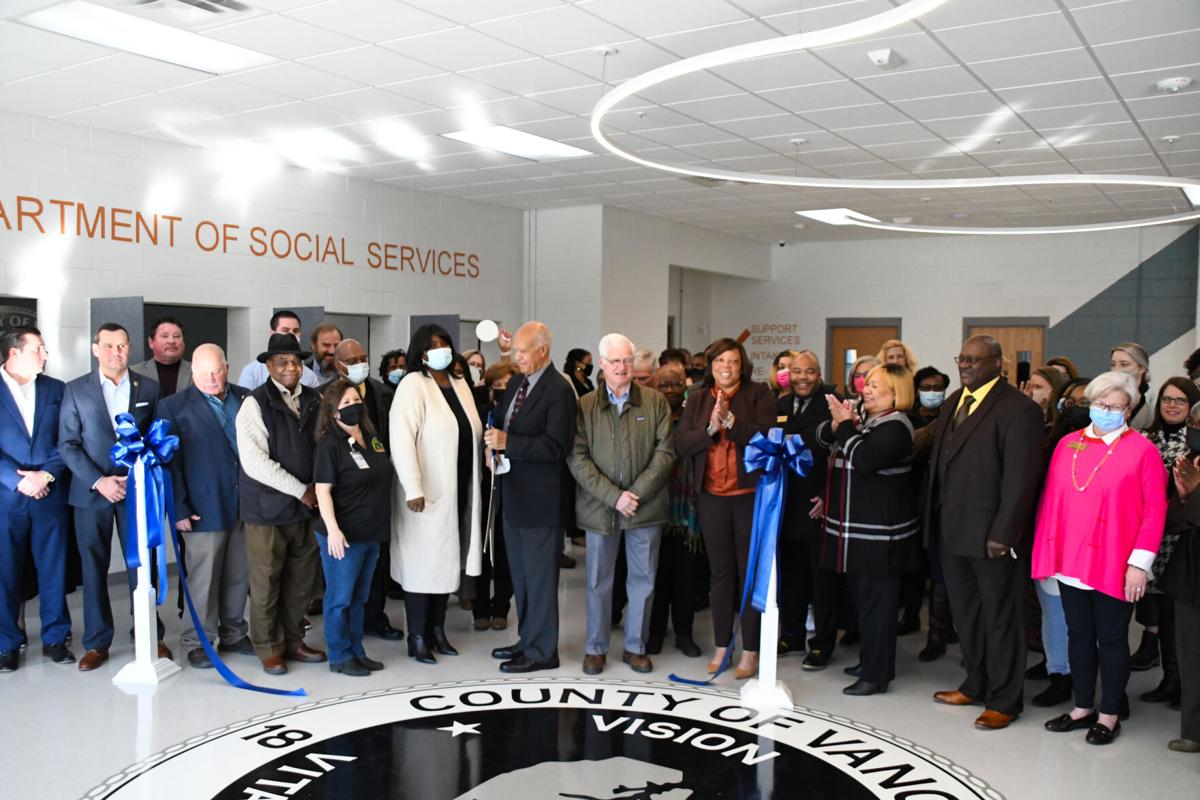 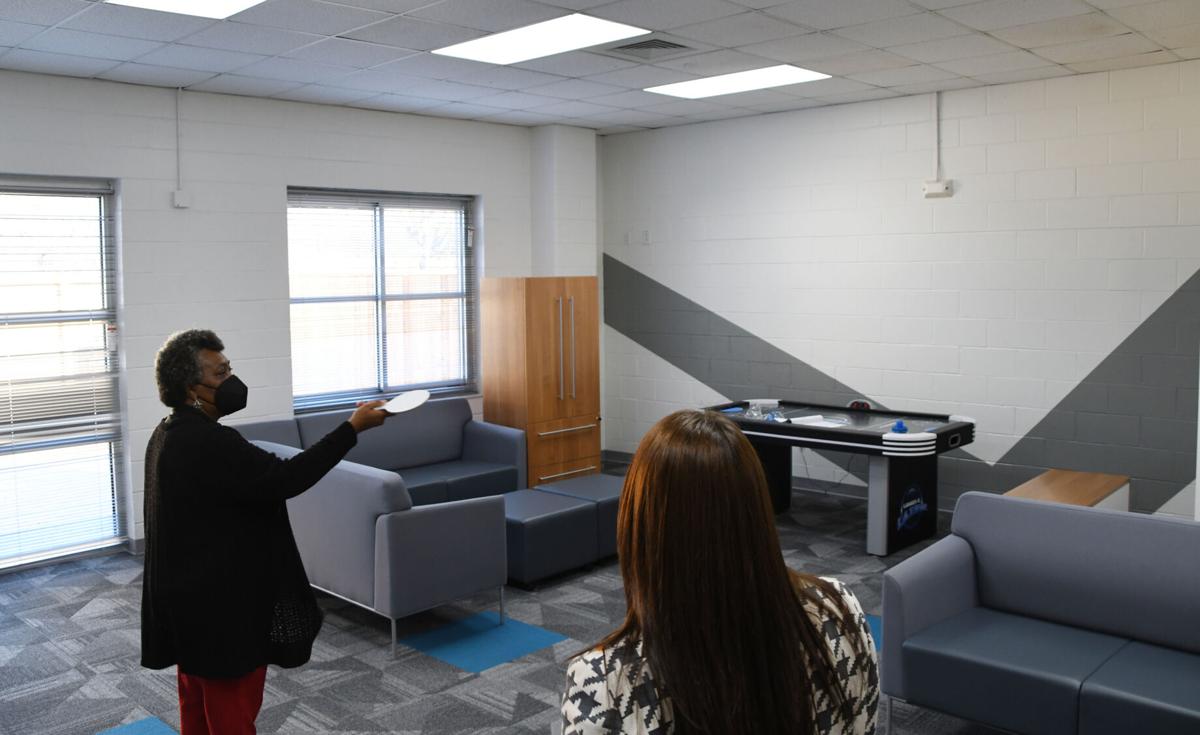 HENDERSON — Leo Kelly Jr. once walked the grounds of 500 N. Beckford Drive as a Henderson Institute student, years before the Eaton-Johnson school occupied the space there.

On Friday morning, the Vance County Board of Commissioners chairman engaged in the ceremonial transition of the 103,000- square-foot campus from vacant Vance County Schools property to newly-refurbished home of the county’s social services department.

“It’s a wonderful day in this neighborhood,” Kelly told the crowd that gathered Friday for a Henderson-Vance County Chamber of Commerce ribbon-cutting. “It’s a wonderful day for Vance County. I’m extremely proud to be associated with the group of commissioners who had the vision to invest in this property and transform Eaton-Johnson school building into a modern governmental complex which will continue to serve the community for years to come.”

The price tag for the renovation was $4.5 million and the new tenants also include the Vance County Senior Center and Youth Services, a program that the county and city partner on. The kitchen on the east side of the building will be leased to Green Rural Redevelopment Organization, and Franklin Vance Warren Head Start is also expected to occupy a separate building wing by this summer.

COVID Fatigue: Are You Among the 'Vaxxed & Done'?

About 39,000 square feet of the property is dedicated to DSS, and the 19,000 square-foot portion where the senior center is located didn’t have to be renovated, only cleaned and repainted.

The ribbon-cutting took place in the building’s brand new front entrance, facing Beckford Drive. Previously, classroom space had been there. Now, the lobby space is adorned with county seal insignias and DSS signage.

“This really is a state of the art facility for our DSS,” McMillen said before thanking the Vance County Schools, county commissioners, Oakley Collier Architects, DanCo Builders and the multitude of subcontractors it took to complete construction.

The goal, going back to 2016, had been to design a modern space for DSS. The Eaton-Johnson renovation includes new office space and furniture, meeting and conference rooms, observation rooms, and play areas.

“If you’ve been to their existing facility, it’s very small,” McMillen said of DSS. “It’s very cramped. They’re also spread out. They’re in different locations. So this will bring all their operations under one roof.”

“I want to commend my colleagues at the county for locating Social Services right here in the heart of Henderson,” Henderson Mayor Eddie Ellington said. “We’re glad that they’re a part of it, and to give the citizens and the residents a place to go to get the many services they need. Glad to see the old Eaton-Johnson school come back to life.”