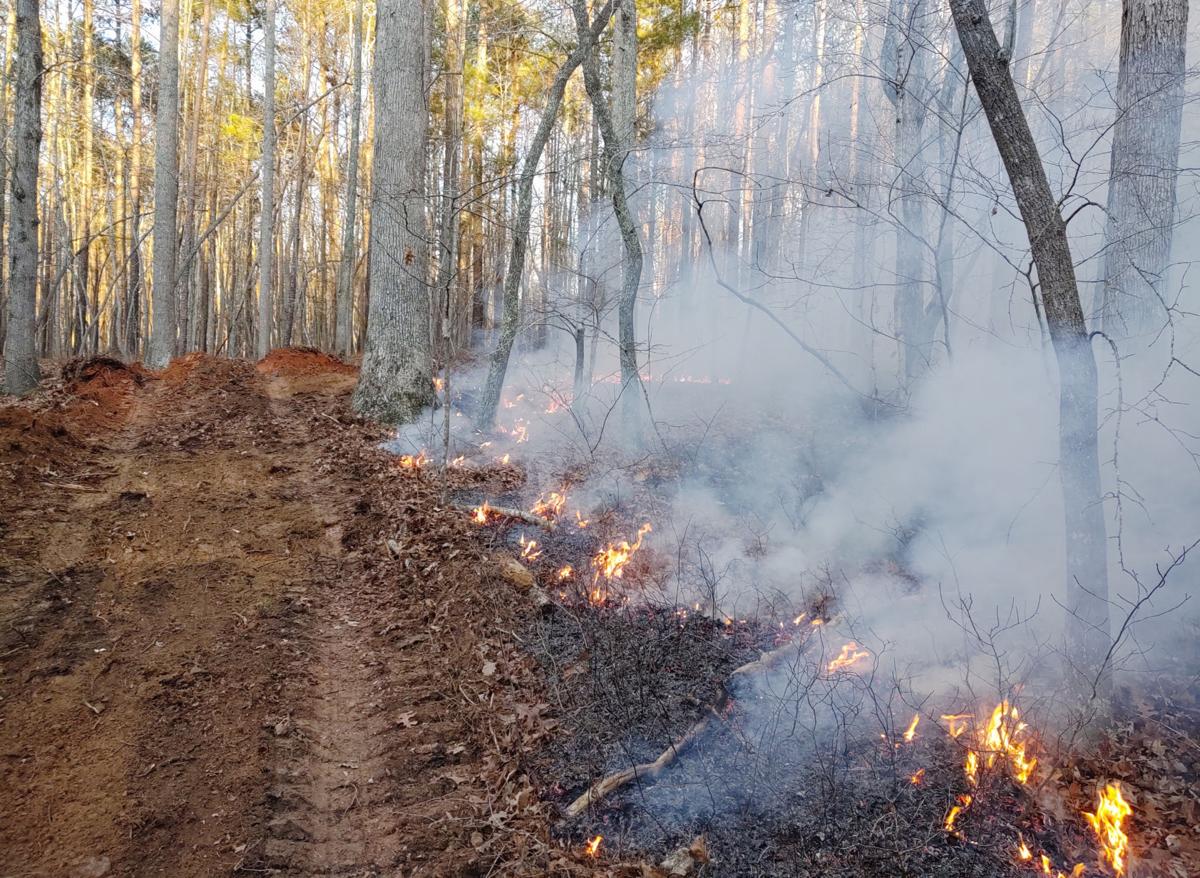 Controlled burns are designed to rejuvenate forests and help prevent forest fires. The N.C. Forest Service is encouraging anyone looking to participate in their own controlled burns to prepare properly to avoid injury and property damage. 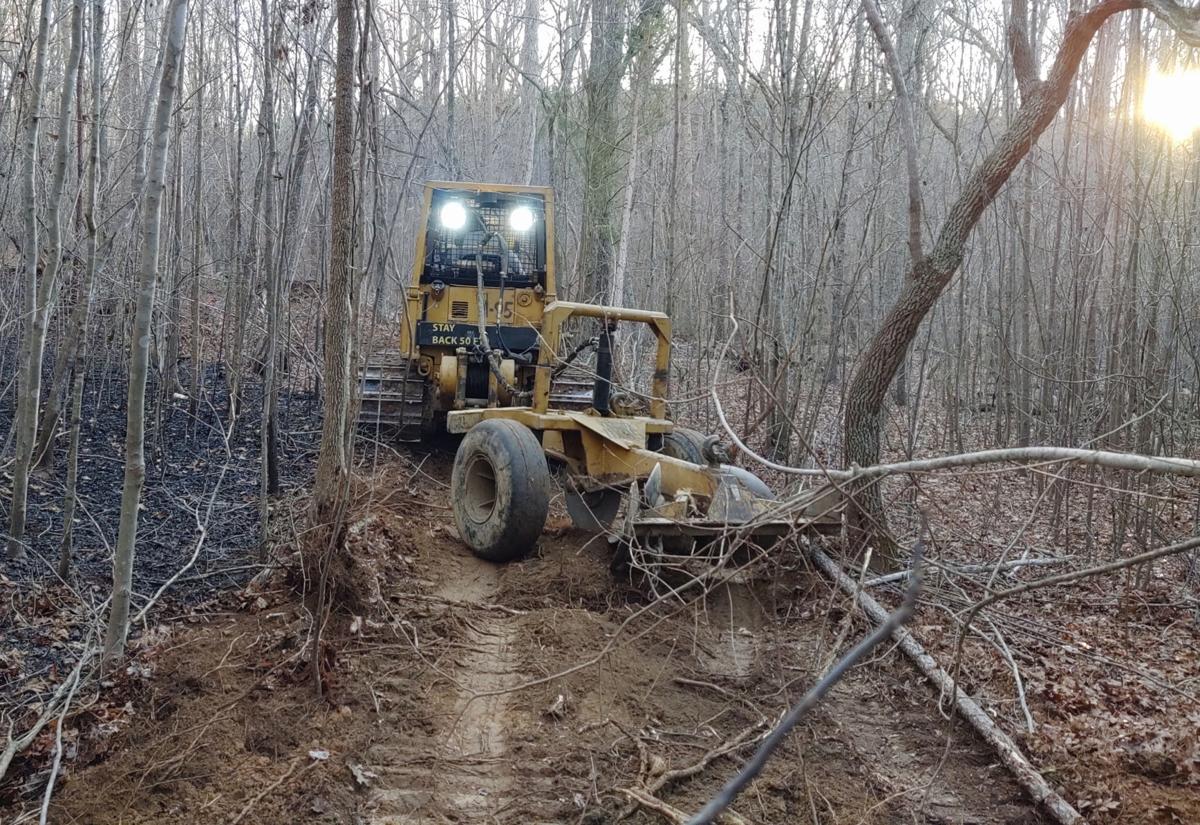 An earthmover puts down a fire control before a controlled burn in Granville County. Bare soil lines are imperative to any controlled burn alongside proper preparation and suppression tools like hoses and garden equipment that can dump dirt on a pile.

Controlled burns are designed to rejuvenate forests and help prevent forest fires. The N.C. Forest Service is encouraging anyone looking to participate in their own controlled burns to prepare properly to avoid injury and property damage.

An earthmover puts down a fire control before a controlled burn in Granville County. Bare soil lines are imperative to any controlled burn alongside proper preparation and suppression tools like hoses and garden equipment that can dump dirt on a pile.

OXFORD — As temperatures begin to increase around the state, the N.C. Forest Service is cautioning residents to be smart with controlled burns so that potential wildfires are prevented.

Rob Montague, the fire ranger in Granville County, has already seen numerous fires break out around the region but said those kinds of incidents can be avoided if landowners are mindful when it comes to the surrounding environment.

“Spring is our busiest fire season across North Carolina,” Montague said. “The N.C. Forest Service, along with fire departments in Vance and Granville County have responded to over 35 fires since the first of March. Those ranged from something very small to about a couple of acres.”

Montague added that about half of the fires that occur in the state each year are caused by debris burning by people who are not properly prepared to manage the fires and prevent them from escaping to other areas.

While burning debris is a major cause of wildfires, Montague said that anything can ignite grass or nearby foliage under the right conditions. He cited fires along Interstate 85 earlier this month as a prime example, with evidence collected suggesting their cause was a car’s exhaust system failing.

Although Vance and Granville County have already received a decent amount of rainfall through the first three months of 2021, Montague pointed out that dead grass during the winter can be highly flammable and has played a role in some of the fires over the last few weeks.

“We’ve had a few dry days, which is odd given how wet our season has been,” Montague said. “All that grass along the roadside was dead, which contributed to the fire spreading. Thankfully the temperatures have gotten warmer the past few days and the grass is starting to green up now.”

Montague is encouraging people to visit the state Forest Service website for a plethora of tips on responsible burning, which include using leaves and grass for compost or mulch, consulting local fire officials on safe ways to dispose of debris and closely monitoring potential weather changes.

Given the danger of any type of fire, Montague said that no one should participate in any form of controlled burning unless they have a proper permit, are familiar with local burning laws and are ready to put the fire out at a moment’s notice.

“You need to have proper planning,” Montague said. “That goes into deciding what you are burning and where you are going to burn it. You have to stay with the fire while it’s burning and you need to prepare around the area that you will burn, which means you need to have a good bare soil line that is dependent on how big your pile is.”

Montague said that a water hose is an ideal tool to suppress a controlled burn but he also recommended a bucket of water, a leaf blower and hand tools like shovels to dump dirt onto the pile so the fire does not spread beyond its intended boundaries.

The Forest Service and other organizations often use controlled burns to benefit local wildlife, but Montague urges people to remain conscious of the risks involved.

“We want to see people be as safe as they can,” Montague said. “Unfortunately people get hurt during burns. We had one individual that sustained second-degree burns when their debris pile escaped and they tried to put it out earlier this month. The main thing is to keep people safe and protect property.”

Additional information on fire safety and how to receive a burn permit can be found at www.ncforestservice.gov.