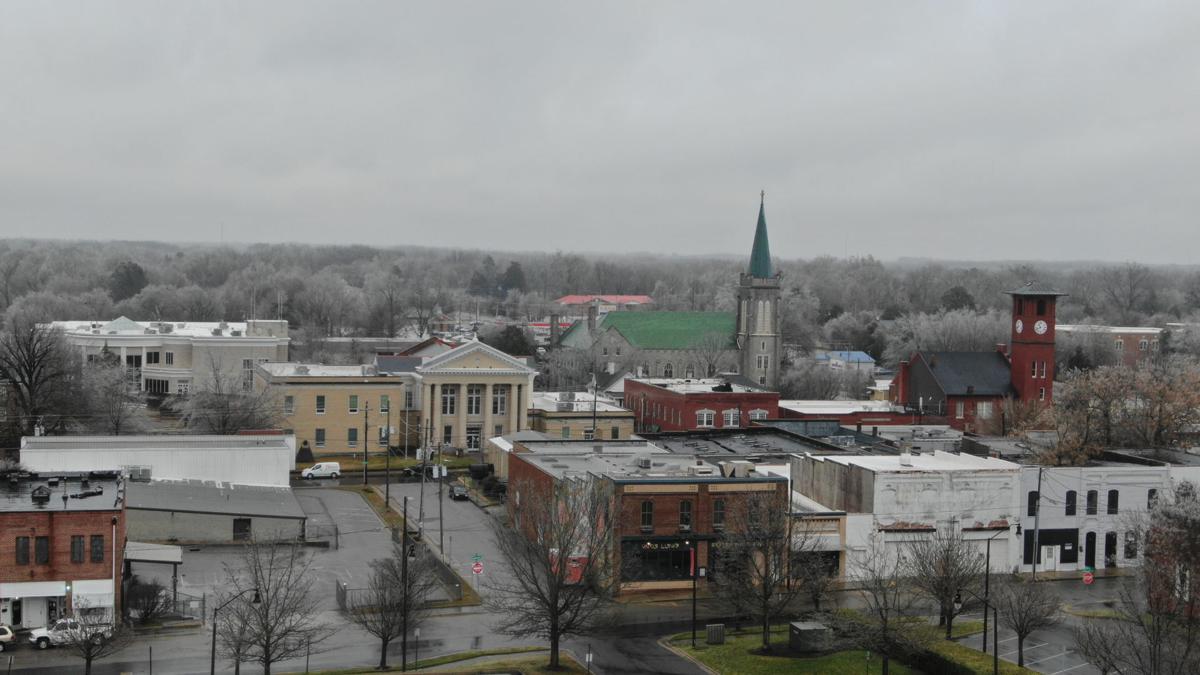 The week’s second ice storm gave trees in central Henderson a light coating on Thursday, but there were only scattered power outages as officials waited to see what the evening might bring. 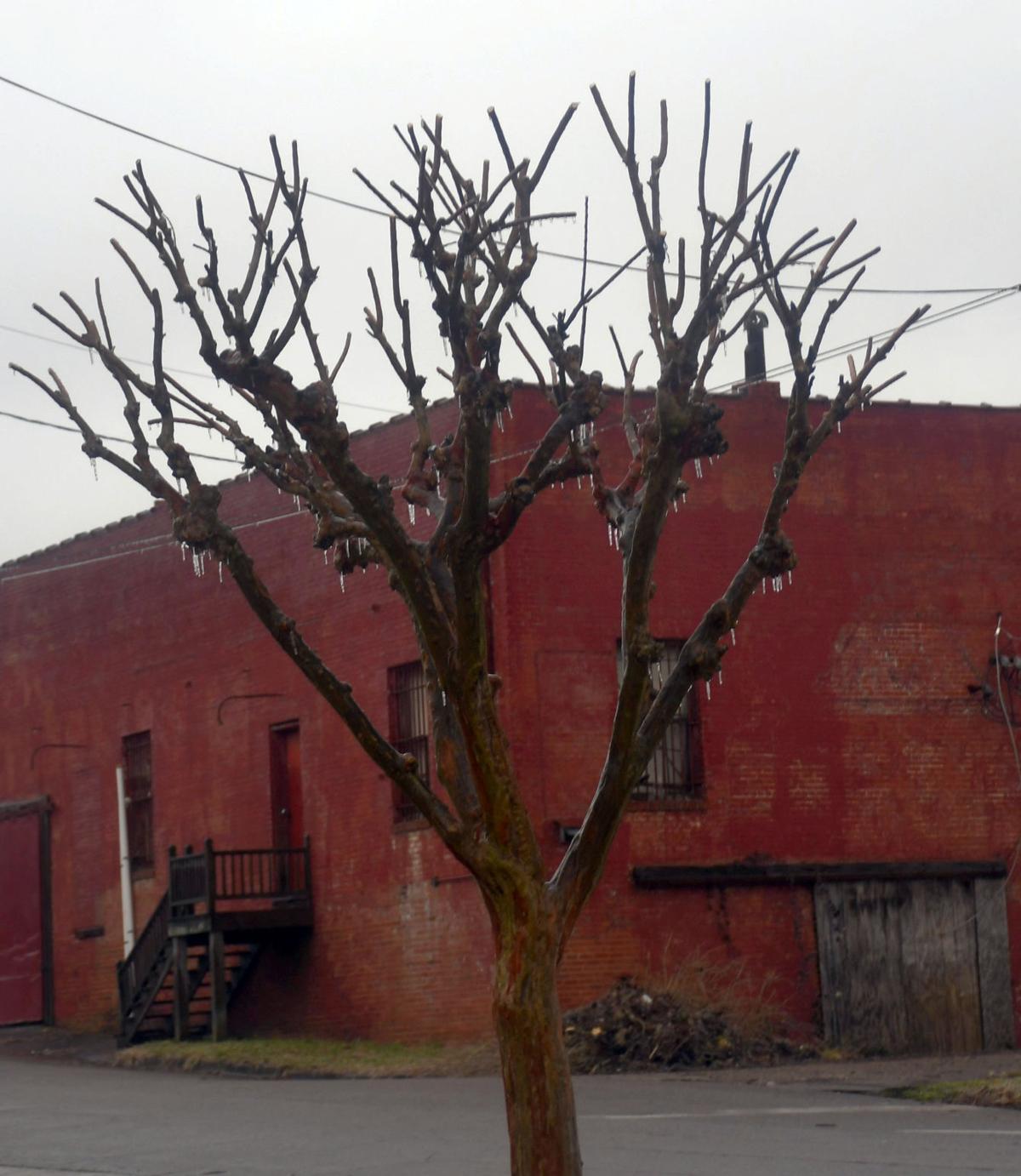 Icicles dangle from a tree off Garnett Street in downtown Henderson on Thursday morning as a storm bringing freezing rain began moving through the area.

The week’s second ice storm gave trees in central Henderson a light coating on Thursday, but there were only scattered power outages as officials waited to see what the evening might bring.

Icicles dangle from a tree off Garnett Street in downtown Henderson on Thursday morning as a storm bringing freezing rain began moving through the area.

HENDERSON — A predicted ice storm seemed less serious on Thursday than initially feared, though officials worried that it still might cause serious problems as afternoon turned to evening.

As of about 4 p.m. the ice had caused only scattered power outages in the Tri-County region, mostly in one cluster east of Henderson and others northwest of Oxford in the U.S. 15 and N.C. 96 corridor.

But as of the mid-afternoon on Thursday, “things are more than manageable,” said Vance County Emergency Operations Director Brian Short.

The National Weather Service’s winter-storm warning for the region had said the passing storm could bring up to half an inch of icefall, enough to cause widespread damage and power outages.

By lunchtime on Thursday, however, forecasters had lowered their estimates. Their 11:30 a.m. briefing said the Henderson area would likely see about three-tenths of an inch of ice. They expected the largest accumulations to occur north of Interstate 85.

In Granville County, Emergency Management Coordinator Robin Edwards said that the impacts had been minimal as of Thursday afternoon.

“There’s been some freezing rain off and on,” Edwards said. “We have some light icing on the trees, but our roads are just wet other than a couple of bridges on secondary roads up in the northern parts of the county.”

Edwards added that power outages increased throughout the day in the same part of the county from a couple hundred in the morning to about 1,500 by mid-afternoon. She anticipated that more outages would be reported and the condition of the roads would deteriorate as temperatures dropped in the evening.

She also urged residents to be mindful of the dangers that could come with the storm, and to have a plan if a power outage occurs.

“We wanted everyone to have their emergency supply kits ready,” Edwards said. “That includes fresh batteries for radios, flashlights and other electronic devices. We also pushed out a message to have people identify some friends, family or a hotel outside of the area in case there is a prolonged widespread power outage in the area.”

In Vance County, Short could see that about an eighth of an inch of ice had built up on the trees outside his office in downtown Henderson, up “to maybe a quarter inch on the high side.”

But he cautioned that Duke Energy’s in-house forecasters were “still expecting additional freezing rain, and are expecting outages to increase this afternoon and evening.”

Short’s own checks of weather-radar sites suggested to him that another storm band might reach central North Carolina later in the evening.

But “I can only fight what I can see,” and as of the afternoon that meant only a couple of downed trees and a couple of small outside fires,” he said.

The situation was much the same in Warren County.

Capt. Chris Tucker of the Emergency Management Department said there had been some ice buildup, but traffic was moving well on Interstate 85 and local roads.

A motor-vehicle accident occurred Thursday morning on the Drewry-Virginia Line Road in northwest Warren County. Medics took three people to the hospital with non-life-threatening injuries. The accident was not weather related, Tucker said.

Warren County Emergency Services Director Dennis Paschall had reported earlier that his department had received reports of several downed trees. There were no reports of power outages at that time, a report Tucker reaffirmed in late afternoon.