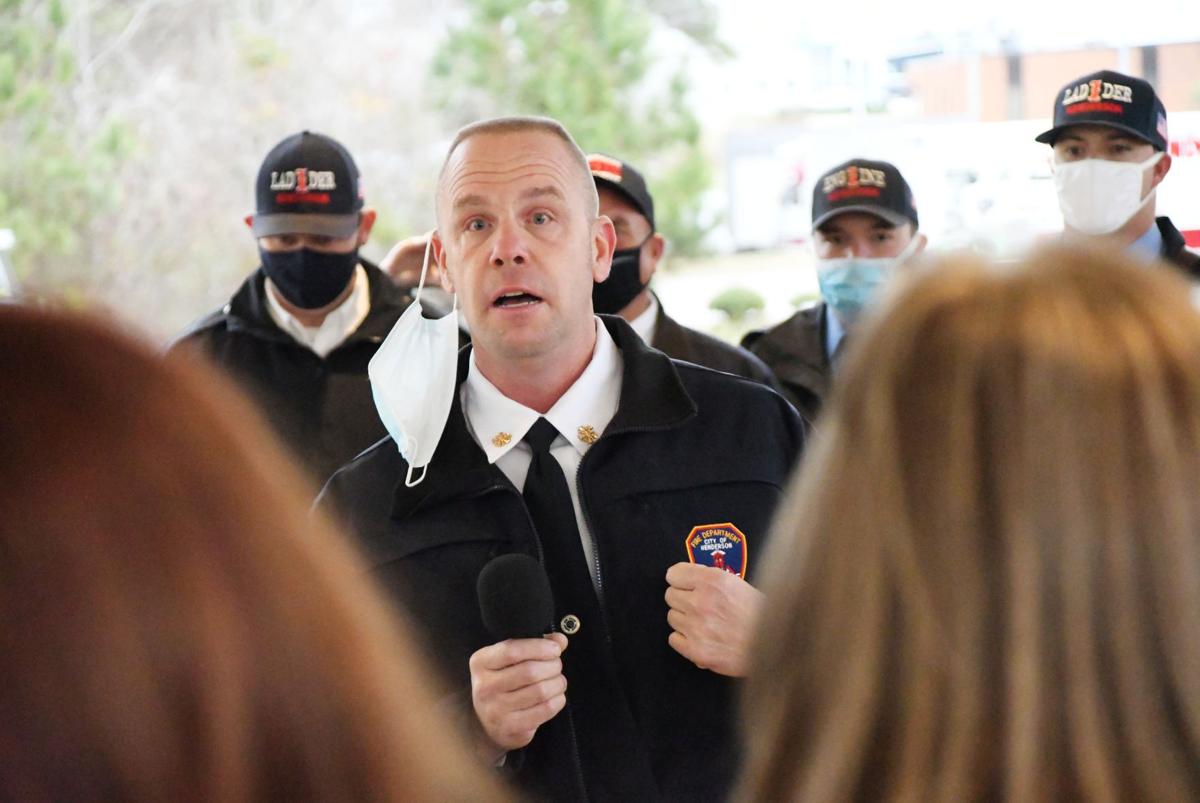 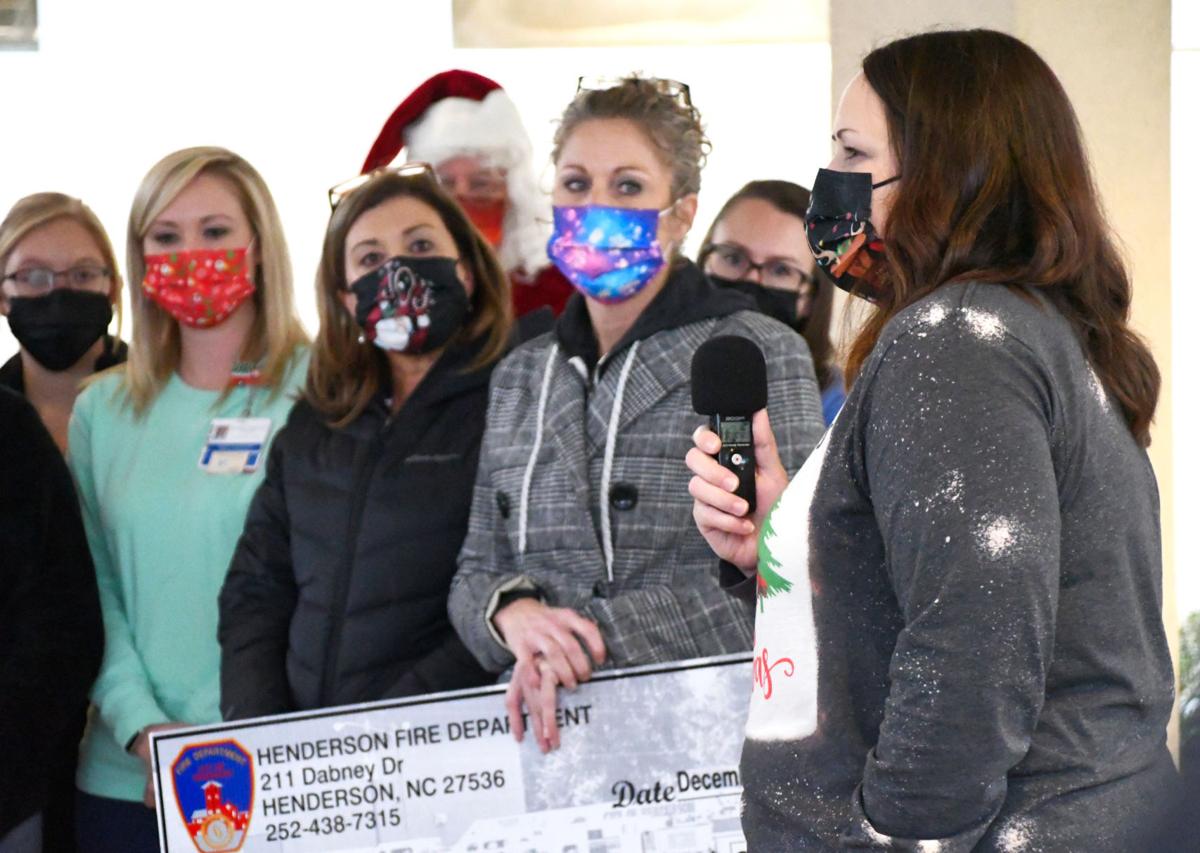 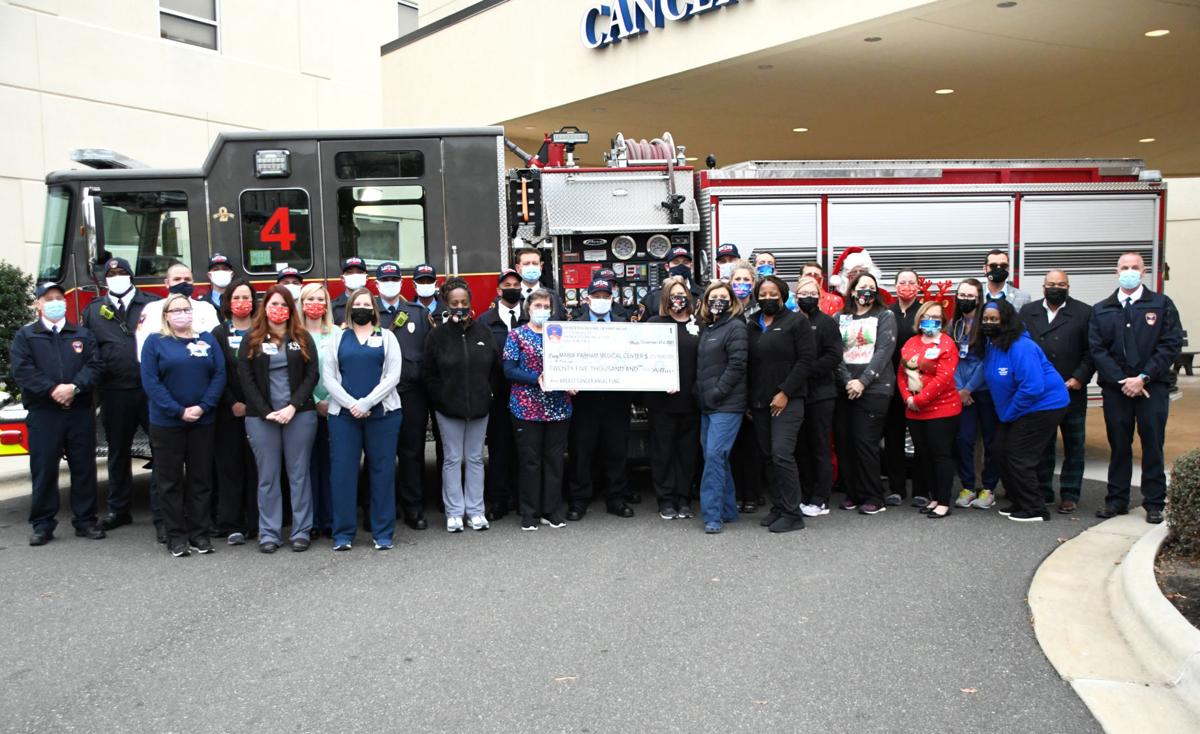 The Henderson Fire Department donated $25,000 to Maria Parham Health’s Angel Fund on Tuesday in front of the hospital’s cancer wing. 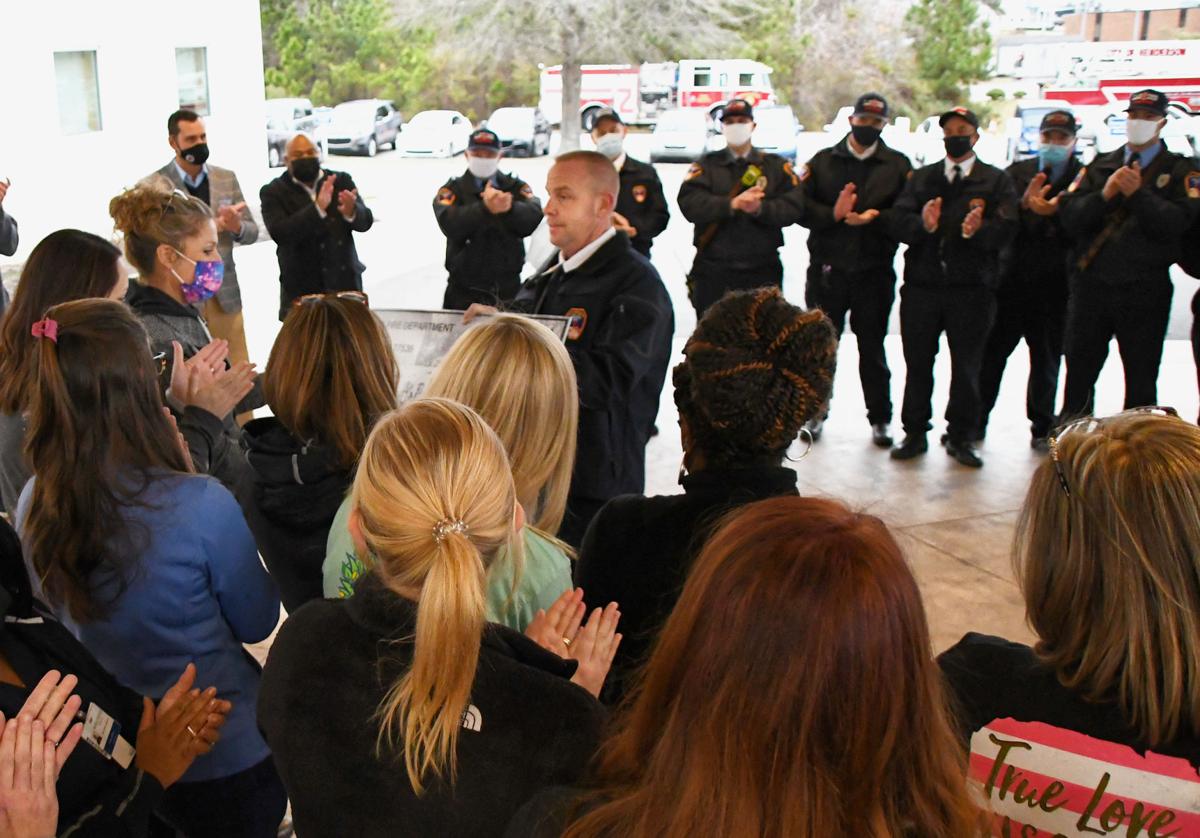 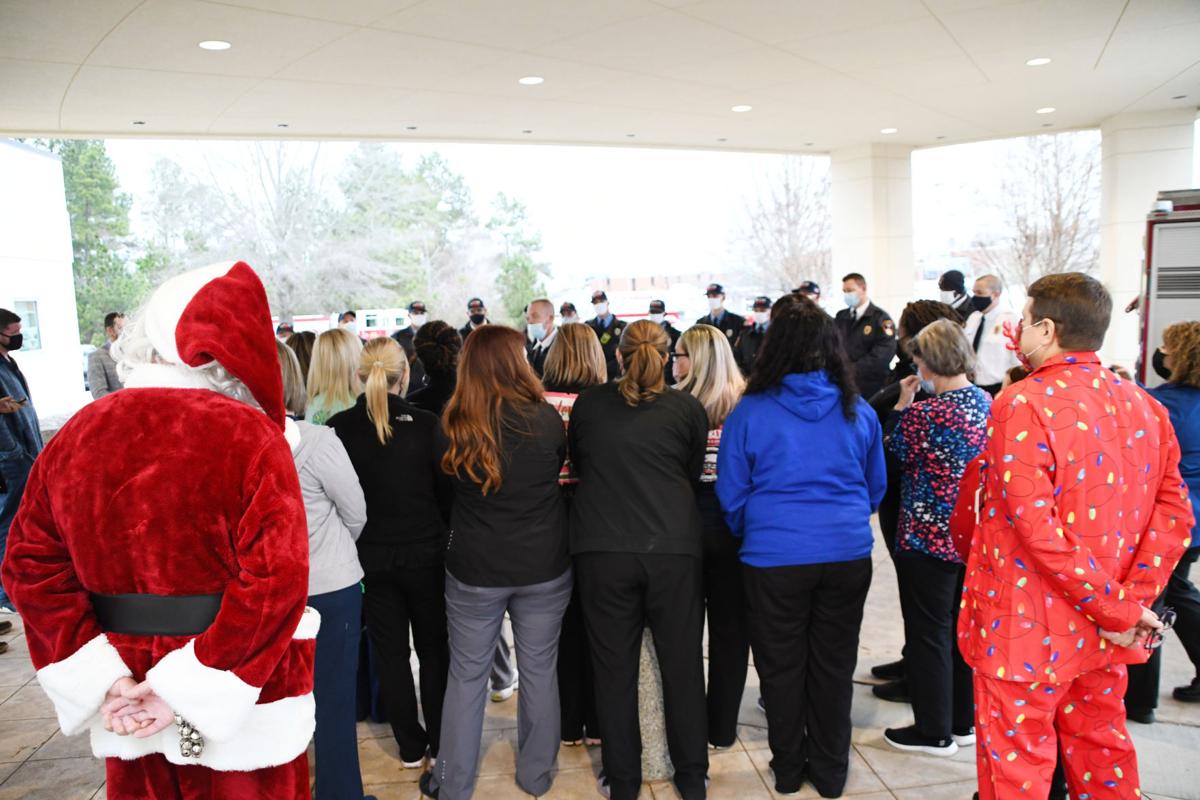 A Santa Claus, Mayor Eddie Ellington and a number of Maria Parham Health employees and Henderson firefighters gathered for Tuesday’s Angel Fund presentation outside the hospital.

The Henderson Fire Department donated $25,000 to Maria Parham Health’s Angel Fund on Tuesday in front of the hospital’s cancer wing.

A Santa Claus, Mayor Eddie Ellington and a number of Maria Parham Health employees and Henderson firefighters gathered for Tuesday’s Angel Fund presentation outside the hospital.

HENDERSON — When Kimberly Smith and Hope Breedlove learned on Tuesday afternoon the dollar amount of this year’s Angel Fund donation from the Henderson Fire Department, the proverbial wheels began turning in their heads. Almost immediately, they wondered what good the $25,000 check could go toward.

The Fire Department has partnered with the Maria Parham Health Oncology Department on the Angel Fund since 2014 and went to a boot drive format in 2017. The $25,000 raised this year eclipsed the previous-best donation by more than $11,000 after last year’s fundraising effort was canceled due to COVID-19.

“It’s a lot to process,” added Smith, Maria Parham’s Cancer Center director. “Just given the fact that all the community’s been through. A lot of people lost their jobs in COVID. The community is struggling, but to think that the community showed up with $25,000 versus two years ago when we weren’t in the middle of the pandemic and life was normal, so to speak, that’s huge, that people are so willing to give. The community just supports us tremendously here.”

The fire department has raised more than $77,000 in seven years for the Angel Fund.

It’s more than a kind gesture. The money, earmarked for those who need it most, is making a real, potentially lifesaving difference.

One of the ways the Angel Fund can be put to use is by funding breast cancer screening that begins with a routine medical examination. Breedlove said a cancer diagnosis has resulted each year the hospital has run free screenings like these. Otherwise, the cancer might have gone undetected longer in those patients.

Breedlove’s son Ben is a rookie Henderson firefighter and was in attendance for Tuesday’s presentation, which happened to fall on his birthday.

The connection between fire department and hospital is especially meaningful in small towns, and the Angel Fund collaborations extend to other local entities like pharmacies or transportation providers.

History of the Federal Work-Study program

When Marilyn Monroe learned she was underpaid, she had a bold response

“When you are in public safety, whether you work for the fire department or EMS or law enforcement, your primary concern is the safety and the lives of others that we serve,” said Henderson Fire Chief Steve Cordell. “By us doing that, we’re serving those people that are battling cancer. Most every family that you come across has at some point been affected by cancer. So this is our way of giving back to the community, keeping the money local.

“We know that the money’s in good hands and it’s used to help those in our community and our surrounding area that come here and need treatments and may not have the insurance or the capabilities of paying for this. So this is just a way for us to give back.”

For Cordell, the Angel Fund has become even more personal. His father Jimmy passed away from cancer last year, and was treated by some of the same Maria Parham personnel that he presented the check to Tuesday. With Jimmy’s illness occurring during the worst of pandemic precautions, the family’s contact with him during his hospital stay was limited.

The fire chief became emotional as he explained that to the crowd that included hospital employees, firemen, Mayor Eddie Ellington, a Santa Claus, and other local officials.

“These women have a special place in my heart because they took care of my dad,” Cordell said outside of the hospital. “My dad loved them and he was always in a better mood [when he was here]. Sometimes the only meal he would eat was when he would come here and have his treatments.”

“They were always there. They took great care of him and made sure they kept us informed on how he was doing in that situation.”

As a social worker, Breedlove has a keen understanding of what she refers to as “barriers” for patients’ care. Those obstacles can come in the form of affordable transportation, medication and nutrition programs that could keep patients from an even more expensive hospitalization.

Those living on fixed incomes might not have anything in their budget for extra or preventive care.