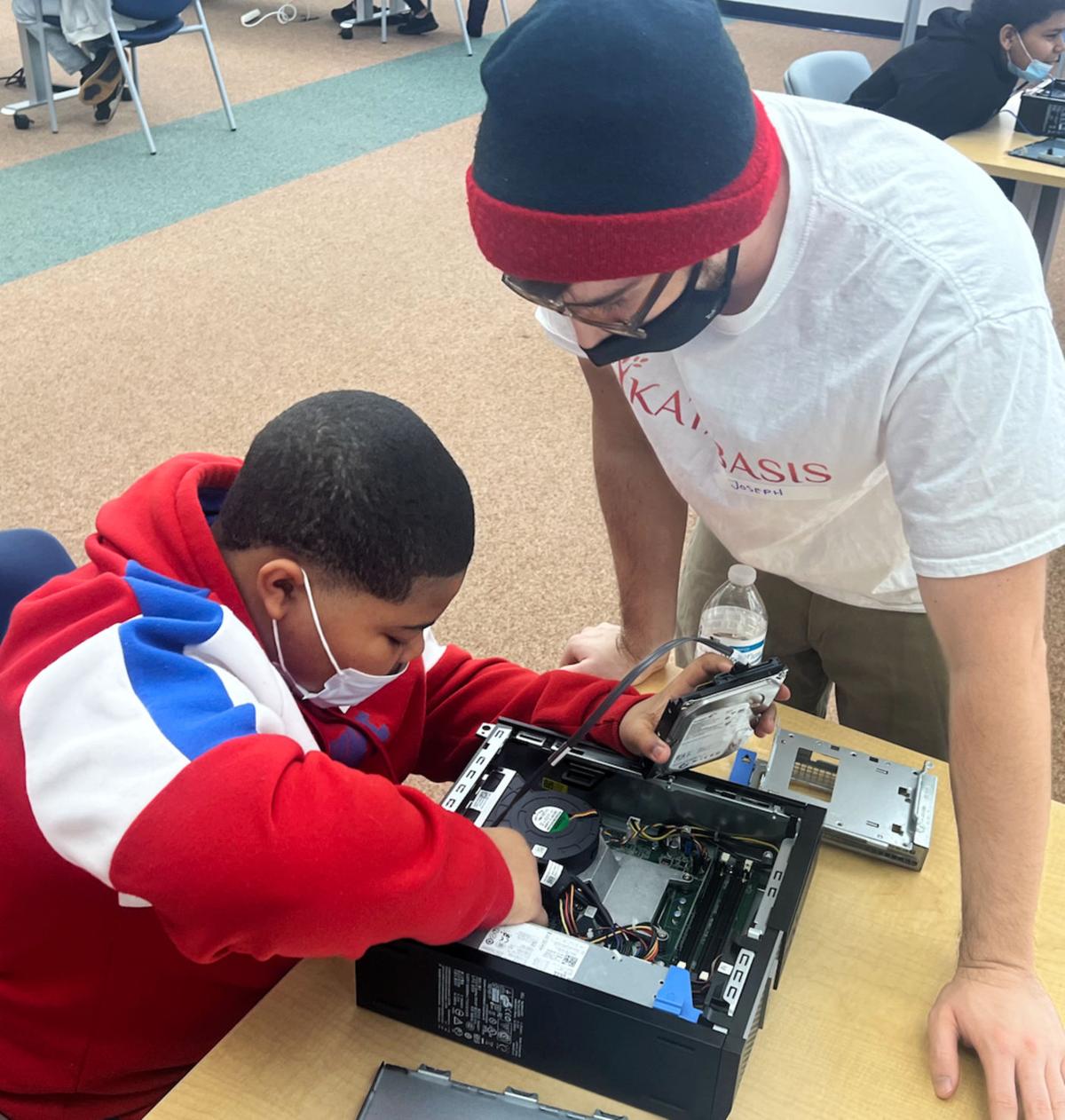 Joseph Wiggins, Katabasis co-founder (right), helps an eighth-grade student with with his build.

Joseph Wiggins, Katabasis co-founder (right), helps an eighth-grade student with with his build.

OXFORD — On Saturday, Nov. 20, a group of 14 middle- and high-school students from Northern Granville Middle School and J.F. Webb High School had the opportunity to be junior computer scientists for the day.

Contributing to the event was the generous work of Katabasis, a nonprofit organization that focuses on bringing technology resources to students living in rural and low socioeconomic areas of North Carolina.

The day began at the Mary Potter Center for Education at 8 a.m. after biscuits with “icebreaker” introductions. Staff from Katabasis then led the students through several activities that demonstrated the fundamentals of computer programming, including the concepts of sorting, sequencing and computational thinking.

Following the coding exercises, the team broke out the hardware. Each student received an assortment of equipment and began building their own customized PC desktop computer. Katabasis staff floated amongst the tables assisting with the step-by-step building process. Students were also able to add special decorations and designs to personalize the device, which they took home at the end of the day. Every student sported a huge smile upon learning they were taking home their own customized, self-built PC computer for free.

“It is very exciting to see the students get their hands inside the computers and learn that computers are not mystery boxes,” said Katabasis co-founder and CEO Bill Causey, who led the event. “Every student that attends these camps is able to build their very own computer and learns how to troubleshoot errors that might come up. We could not do these camps without the generous donations from businesses and individuals across eastern North Carolina.”

After lunch, the students booted up their computers and then began working on an educational computer game that simulated agricultural production yields using programmable drones running on code created by the students.

“It was a joy to see the students that participated engaged and excited that they would be building a computer that would be their very own,” Rice said. “Igniting an interest in computer science in these sixth- [through] ninth-graders may very well help start a student on a future career path. Knowing our schools offer courses to nurture their interests makes me very proud of our school system. To be a part of a one-day event that has the potential to impact a student so significantly is incredibly rewarding.”