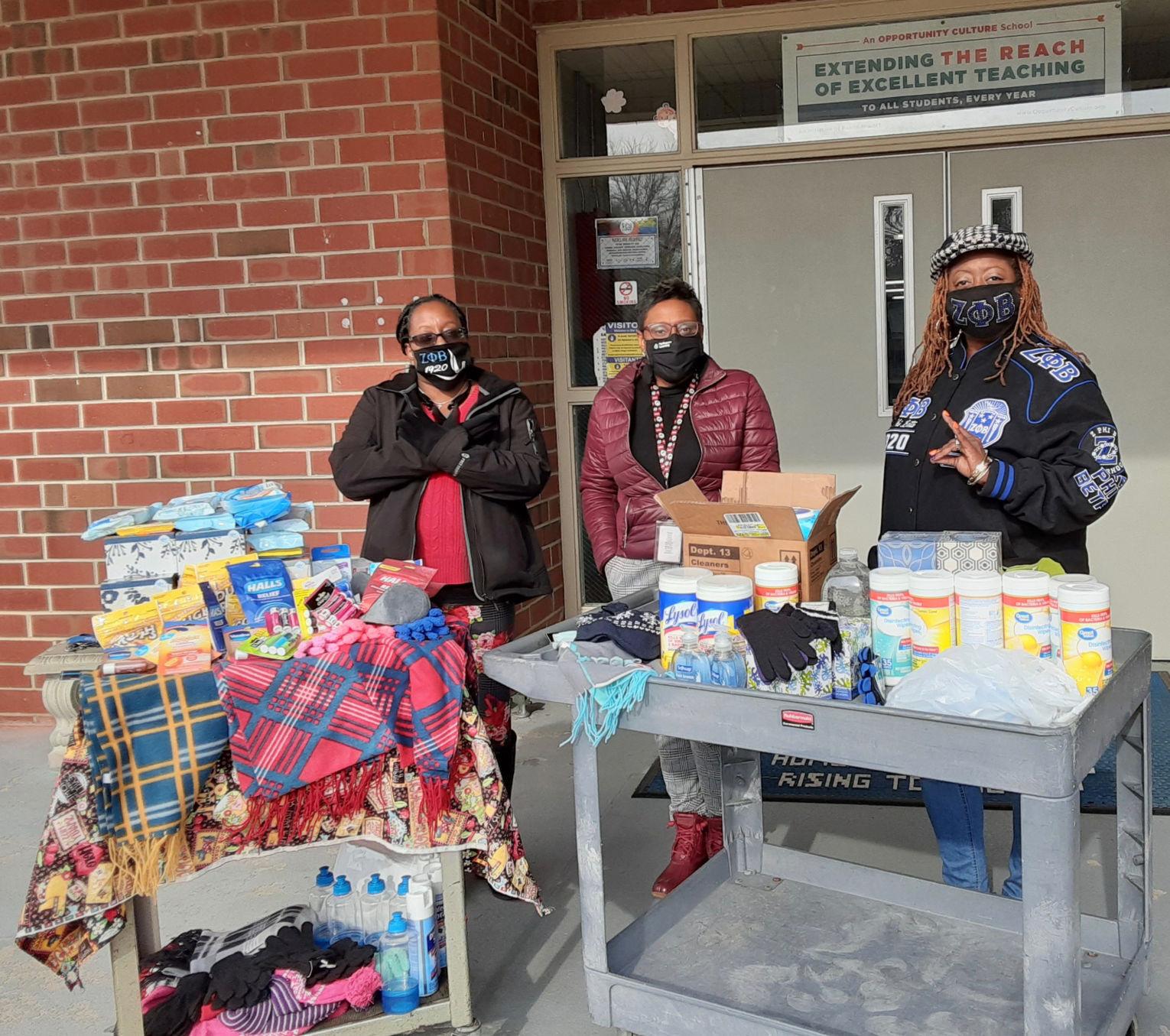 HENDERSON — Forecasters believe the week’s second ice storm could bring as much as a half-inch of icefall to the Tri-County on Thursday, an amount that would “be catastrophic” if things actually play out that way, Vance County’s emergency operations director said.

A briefing from the National Weather Service indicated that a mix of freezing rain and sleet would be underway in the region by 7 a.m. on Thursday, and be all freezing rain by the early afternoon.

In response, local officials conferred Wednesday afternoon to review preparations. The state of emergency declared in Vance County in response to last weekend’s storm remains in effect, and will stay that way until the next one is over.

Assuming the forecast holds, “we are looking at multiple power outages and multiple downed trees,” said Emergency Operations Director Brian Short. “The saving grace may be that a lot of the trees we’d have lost, we’ve already lost. But the ones that were thinking about it will probably go.”

He added that officials are “hoping we’re preparing for nothing, that the forecast is going to change, but it doesn’t look like it. By all accounts we are looking at a significant impact from this storm.”

The county 911 and emergency operations centers will be fully mobilized Thursday morning, but officials ask that residents forgo calling 911 to report a power outage unless there’s a medical emergency associated with it.

In most other cases, there’s no need to call because officials will already know about an outage. “Really, there’s no need for the public to even call Duke Energy,” Short said. “Their operations center can tell as soon as even one house loses power.”

Area fire departments ask that residents using alternative heating sources follow manufacturers’ recommendations as they do. Use the right type of fuel in any heater that requires it, and don’t put portable heaters near curtains, bedding or anything else that might catch on fire.

They and Short also warn against using “exterior heating” sources like outdoor grills as an inside heat source, as they would be certain to cause carbon monoxide poisoning.

Officials also are asking people to stay off the roads, and in point of fact avoid going outside unless they need to. Roads will be slippery, and falling trees and limbs can injure or kill even people who are on foot.

One of Short’s employees had a near-miss in the last storm when a tree fell on her car as she was on her way to work. “If you don’t have to be riding around during the storm tomorrow, please don’t,” Short said.

The state of emergency over the weekend included an overnight curfew, but it expired Sunday morning and as of Wednesday officials hadn’t reinstated it. But “we reserve that as an option,” Short said.

Officials urged residents on Wednesday to check on housebound neighbors and family members to see that they had sufficient food, water and medical supplies.

Preparations on Wednesday included checks with local dialysis centers, which were urging patients who’d normally visit on Thursday and Friday to get their treatment on Wednesday because of likely power outages. 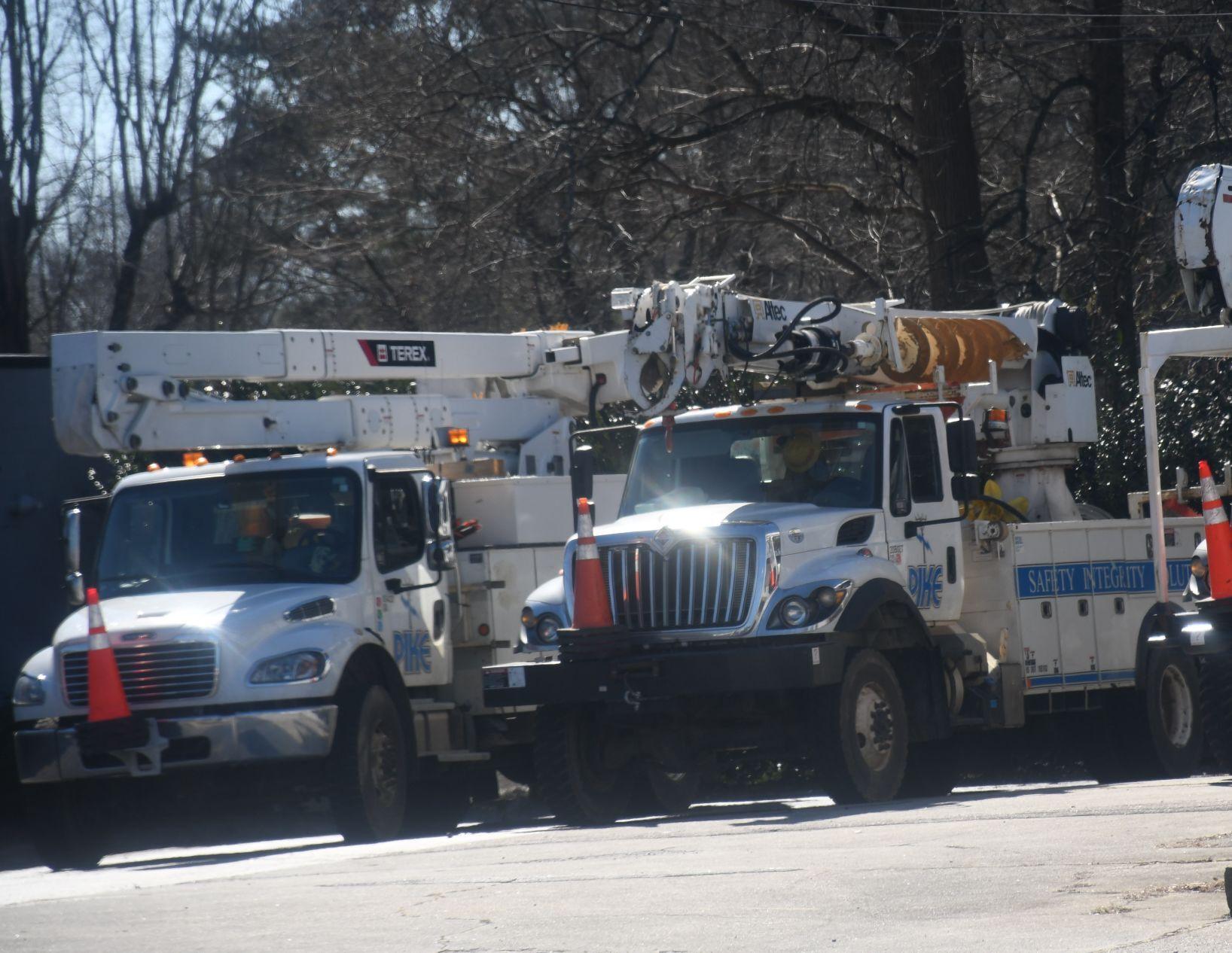 Ready for the storm

OXFORD — Granville County Public Schools bus drivers are getting paid less, and the school system is seeing a reduced number of bus drivers.

The subject came up during the Granville County school board retreat on Feb. 15, and Stan Winborne, assistant superintendent of operations and human resources, gave members information about the loss of wages for some of the school system’s “classified employees.”

“As you know, when we’ve shifted to Plan C, our students have gone remote and we have not been running our school buses,” Winborne said. “And this [has] certainly had an impact, particularly on our dual employee bus drivers.”

These are people who hold a regular, full-time job for the district such as custodians, teacher assistants, office staff or “maybe child nutrition,” he said.

They also drive, “in many cases,” a morning and or evening bus route. The district does have some employees who are only bus drivers — these are generally part time employees and they drive for the district also.

“And so as we’ve shifted to Plan C and then even to Plan B and then back again, this has impacted their wages,” Winborne said. “Under normal times, pre-pandemic, we were running about 90 buses a day serving almost half of our children.”

But when the district went to Plan B — a mix of in-person and remote instruction — it was only running about two thirds that number of buses holding “many fewer students” because of social-distancing requirements, Winborne noted.

The hours the district’s employees were able to work have thus been lowered.

The remedy for this, Winborne said, is to get back to school.

“I will say that one thing we’ve tried very hard to do is reach out to these staff members to assist with some of the other things that we’ve been doing during the pandemic such as meal delivery, our remote learning sites, packet delivery, trying to find hours for them to make up,” Winborne said. “Because retaining bus drivers is very, very important.”

The district had a driver shortage before the pandemic, he added.

This is only going to impact “them even more as we shift back,” Winborne said.

Last year, before the pandemic, the district ran about 90 buses serving 3,500 students.

That caused officials to “reduce the number of bus drivers employed accordingly,” the summary document Winborne gave the board said.

Before the pandemic, the district had 115 employees doing dual duty as bus drivers in addition to their other duties, and 79 who were bus drivers only.

Board Member Glenda Williams asked Winborne if the district has had any of its bus drivers take other jobs that resulted in them not being available when students return to school.

Winborne said he believes the district has had some resignations.

“Many of our bus driver only staff are older and some of them are retired,” he said. “And I believe that some of those resignations may [have] been in fact due to an apprehension about being around people. Fear of [COVID-19] transmission. I don’t have those numbers at my fingertips, but I do know that there have been some instances.”

Kerr-Vance Academy basketball player Michael Holtzman shoots the ball over a Halifax Academy defender during his team’s 56-42 victory on Tuesday evening, which advanced KVA into the second round of the NCISAA 1A Playoffs.

HENDERSON — The Kerr-Vance Academy men’s basketball team took care of Halifax Academy by a score of 56-42 Tuesday evening, which secured them a rematch with local rivals in Crossroads Christian for the second round of the NCISAA 1A Playoffs.

While head coach Brandon Dickerson said that Tuesday’s performance was far from perfect, he said that the senior leadership on the roster was crucial in keeping team composure and withstanding the pressure brought by Halifax Academy.

“I thought we started great,” Dickerson said. “We got out to a hot start, which obviously helped tonight. I have to credit our four seniors in Joel Lewis, Coleman Merritt, Michael Holtzman and Chance Murphy. They all played team basketball [on Tuesday] and I think that made the difference.”

KVA initially had complete control of the game by starting with a 9-0 run, but Halifax Academy began to get comfortable and started moving the ball underneath the rim. A buzzer-beater from Halifax Academy at the end of the first quarter trimmed their deficit down to 10 points.

Even with KVA’s offense sputtering in the second quarter, Halifax Academy proved to be their own worst enemy with several travelling calls that gave the ball right back to KVA. The gap between the two programs remained at 10 points as both regrouped in the locker rooms during the intermission.

Dickerson said that his team’s reliance on perimeter shooting late in the first quarter that carried over into the second quarter disrupted their momentum and reminded his players at halftime that dominating in the paint would keep the contest in their favor.

“The main difference was that we weren’t swinging the ball and we weren’t attacking the paint,” Dickerson said. “If we get to the paint, we’re a really good team, but if we stay out at the three-point line, that messes us up a little bit. Halifax Academy just did a great job tonight.”

Halifax Academy carried over their momentum in the second half by cutting their deficit down to five points, but KVA re-established a presence underneath the rim to compliment their three-point shooting, which effectively put the game out of reach for Halifax Academy by the end of the third quarter.

Lewis led KVA in scoring on the evening with 18 points. Holtzman followed Lewis in that category with 13 points while Merritt rounded out the double-digit scorers for KVA in the evening with a total of 12 points.

CCS is next up for KVA in their quest to obtain an NCISAA 1A title. CCS previously defeated KVA in both meetings earlier in the 2020-21 season, but Dickerson is optimistic they can get a win if they stick to a gameplan that can slow down and disrupt their opponent.

“Crossroads is a great team,” Dickerson said. “We’re up for the challenge and I think we’ll have to play very smart basketball. We need to take care of the ball and if we can do that, then maybe we’ll pull one out.”

KVA and CCS will square off for a chance to advance into the Elite 8 of the NCISAA 1A Playoffs on Friday afternoon at 4:30 p.m.