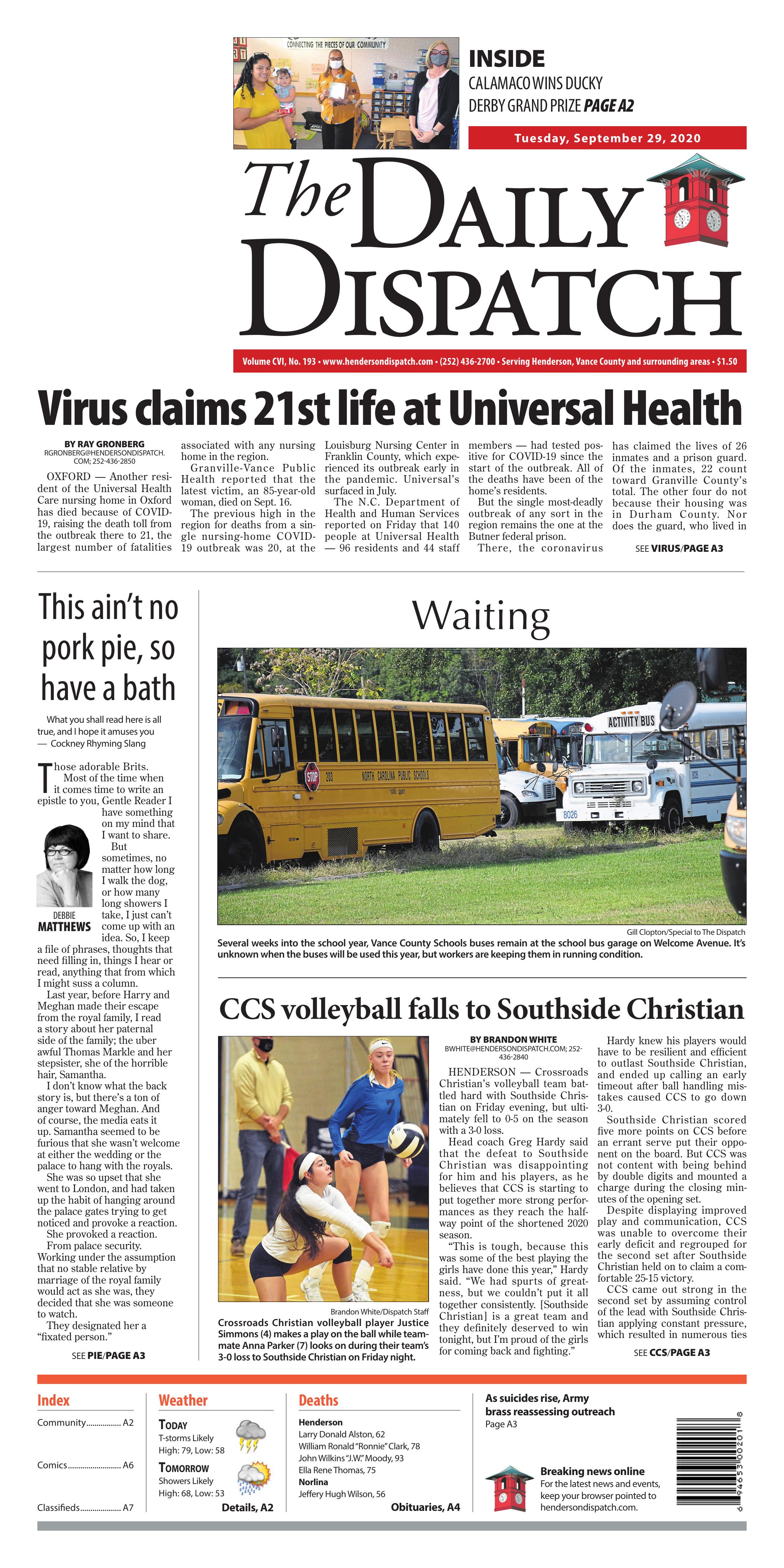 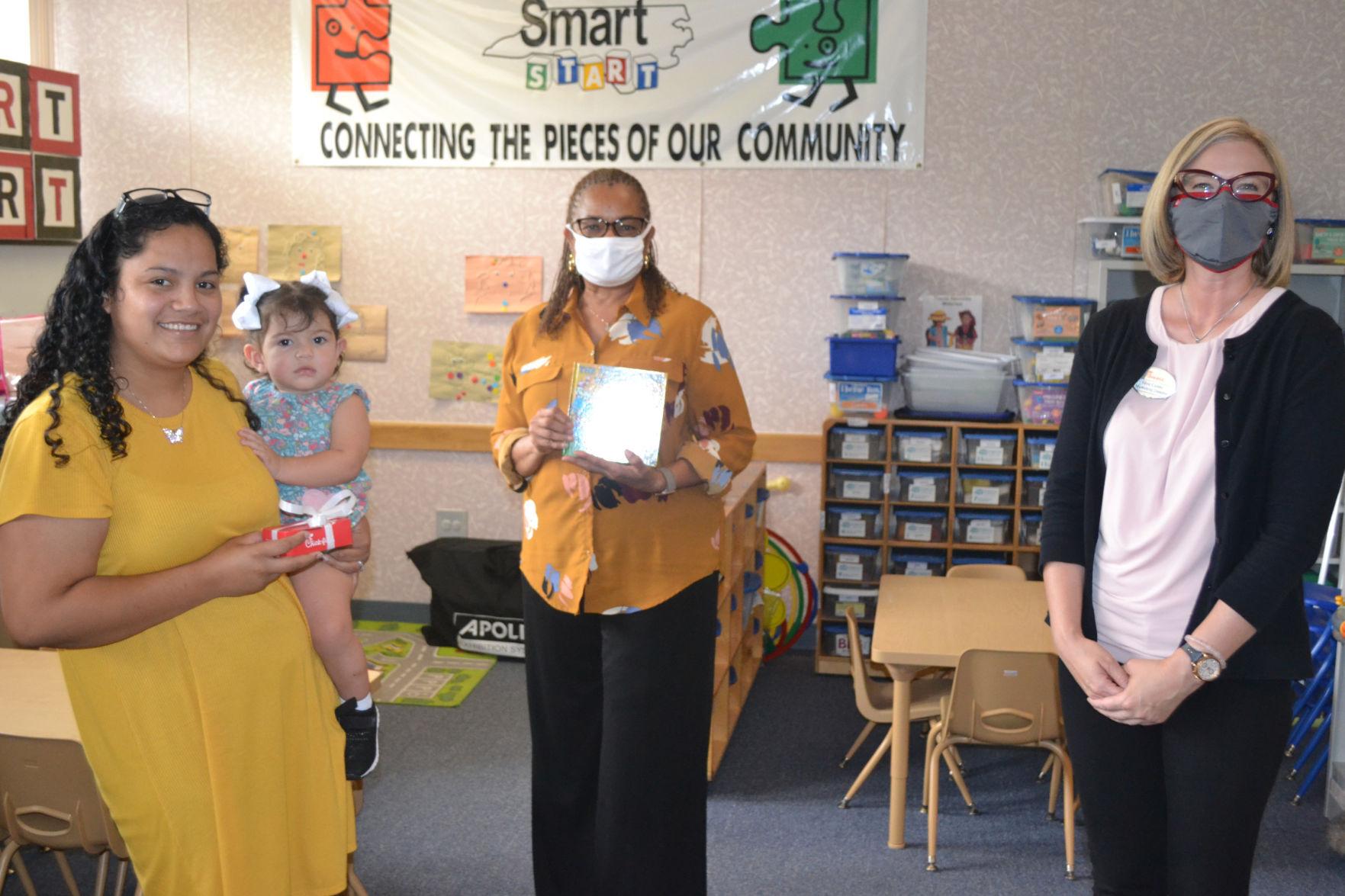 OXFORD — Another resident of the Universal Health Care nursing home in Oxford has died because of COVID-19, raising the death toll from the outbreak there to 21, the largest number of fatalities associated with any nursing home in the region.

The previous high in the region for deaths from a single nursing-home COVID-19 outbreak was 20, at the Louisburg Nursing Center in Franklin County, which experienced its outbreak early in the pandemic. Universal’s surfaced in July.

The N.C. Department of Health and Human Services reported on Friday that 140 people at Universal Health — 96 residents and 44 staff members — had tested positive for COVID-19 since the start of the outbreak. All of the deaths have been of the home’s residents.

But the single most-deadly outbreak of any sort in the region remains the one at the Butner federal prison.

There, the coronavirus has claimed the lives of 26 inmates and a prison guard. Of the inmates, 22 count toward Granville County’s total. The other four do not because their housing was in Durham County. Nor does the guard, who lived in Winston-Salem.

The other COVID-19 fatalities in Granville County include one patient at the state’s Central Regional Hospital in Butner, one resident of the state’s Murdoch Developmental Center in Butner and five people who contracted the virus via “community spread” outside such closely monitored congregate-living facilities.

All told, the local health department says 50 residents of Granville County have perished from COVID-19.

In Vance County, the death toll stands at 44, with more than half of those coming at area nursing homes. Fourteen residents of Pelican Health of Henderson died from the virus, along with 12 at the Kerr Lake Nursing and Rehabilitation Center and two at Senior Citizens Home Inc.

The remaining 16 deaths in Vance County stem from community spread.

DHHS reported Monday that there have been seven deaths from the virus in Warren County and 31 in Franklin County.

The state’s figures indicate that about 42% of the COVID-19 cases in Vance County, and all of the deaths, have been of people age 50 and above.

In Granville County, ages 50 and up account for just under 40% of all cases and all but one of the deaths.

The age distribution of Franklin County residents known to have the virus skews younger than it does in the region’s other counties, with people age 50 and above involved in just under 34% of the cases. All of the fatalities in Franklin, however, have been of people 50 and older.

The COVID-19 tests at the event will be free, but Granville-Vance Public Health said pre-registration is required. Call the health department at the Vance Health Department at 252-492-7915 to sign up. 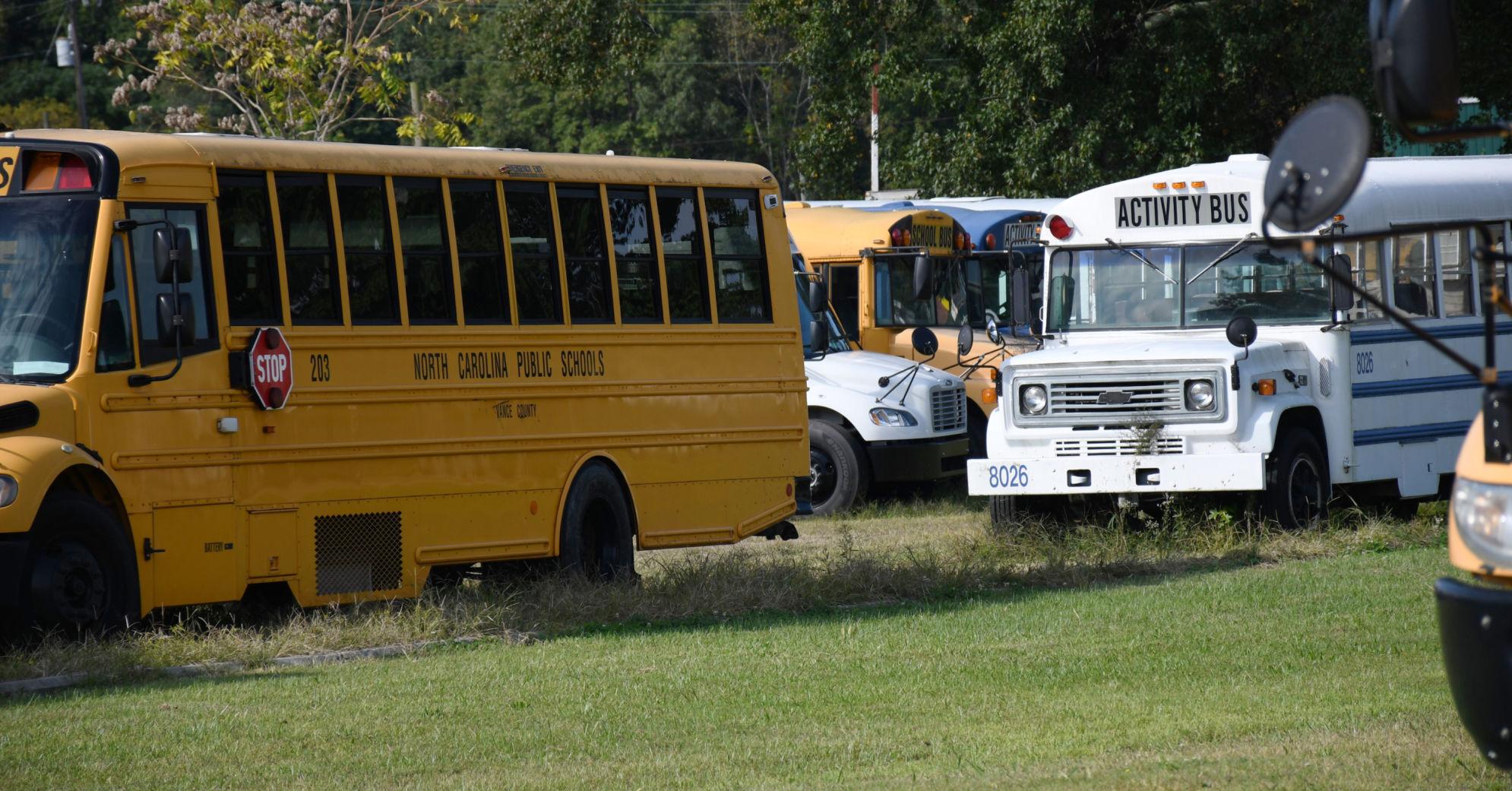 Several weeks into the school year, Vance County Schools buses remain at the school bus garage on Welcome Avenue. It’s unknown when the buses will be used this year, but workers are keeping them in running condition.

Crossroads Christian volleyball player Justice Simmons (4) makes a play on the ball while teammate Anna Parker (7) looks on during their team’s 3-0 loss to Southside Christian on Friday night.

HENDERSON — Crossroads Christian’s volleyball team battled hard with Southside Christian on Friday evening, but ultimately fell to 0-5 on the season with a 3-0 loss.

Head coach Greg Hardy said that the defeat to Southside Christian was disappointing for him and his players, as he believes that CCS is starting to put together more strong performances as they reach the halfway point of the shortened 2020 season.

“This is tough, because this was some of the best playing the girls have done this year,” Hardy said. “We had spurts of greatness, but we couldn’t put it all together consistently. [Southside Christian] is a great team and they definitely deserved to win tonight, but I’m proud of the girls for coming back and fighting.”

Hardy knew his players would have to be resilient and efficient to outlast Southside Christian, and ended up calling an early timeout after ball handling mistakes caused CCS to go down 3-0.

Southside Christian scored five more points on CCS before an errant serve put their opponent on the board. But CCS was not content with being behind by double digits and mounted a charge during the closing minutes of the opening set.

Despite displaying improved play and communication, CCS was unable to overcome their early deficit and regrouped for the second set after Southside Christian held on to claim a comfortable 25-15 victory.

CCS came out strong in the second set by assuming control of the lead with Southside Christian applying constant pressure, which resulted in numerous ties and lead changes. As the set progressed, Southside Christian gained the upper hand and pulled away to secure a 2-0 overall lead with a 25-12 win.

Any chance of a CCS victory faltered at the start of the third set when multiple errors put the Colts down a significant margin within the first few minutes. CCS attempted to mount a comeback, but had to settle for their fifth loss of the season with Southside Christian winning the final set 25-11.

Although Hardy sees improvement in his team, he knows that wins will be difficult to come by with tough opponents in Lee Christian and Kerr-Vance Academy coming up on the schedule. But he hopes to correct some of the issues plaguing CCS in practice over the next week.

“We have to get the ball in play,” Hardy said. “Rebecca Kate [Short] did a really good job as a setter tonight and she was moving pretty good with that. Once we get to the setter, we can get some good hits, but our serve reception is something we still have to work on.”

CCS will not take the court again until this coming Friday when they make the trip to Sanford to face off against Lee Christian at 6 p.m.

Archives
This ain’t no pork pie, so have a bath*

What you shall read here is all true, and I hope it amuses you — Cockney Rhyming Slang

Most of the time when it comes time to write an epistle to you, Gentle Reader I have something on my mind that I want to share.

But sometimes, no matter how long I walk the dog, or how many long showers I take, I just can’t come up with an idea. So, I keep a file of phrases, thoughts that need filling in, things I hear or read, anything that from which I might suss a column.

Last year, before Harry and Meghan made their escape from the royal family, I read a story about her paternal side of the family; the uber awful Thomas Markle and her stepsister, she of the horrible hair, Samantha.

I don’t know what the back story is, but there’s a ton of anger toward Meghan. And of course, the media eats it up. Samantha seemed to be furious that she wasn’t welcome at either the wedding or the palace to hang with the royals.

She was so upset that she went to London, and had taken up the habit of hanging around the palace gates trying to get noticed and provoke a reaction.

She provoked a reaction.

From palace security. Working under the assumption that no stable relative by marriage of the royal family would act as she was, they decided that she was someone to watch.

They designated her a “fixated person.”

And if that isn’t the most charming, most British phrase, I don’t know what is. Over here across the pond, we’d probably call her a crazy stalker.

That nation of jellied eel and mushy peas have the cutest way of saying things that we more prosaic Americans put in much more blunt and boring terms.

Knackered means exhausted. Which is fun, but it’s even better in cockney rhyming slang — cream crackered.

Chuffed, gutted, and gobsmacked. All very much more charming than our pleased and excited (chuffed), completely, utterly disappointed (gutted), and shocked down to one’s toes (gobsmacked). They are also much more economical than the three or four words which we need to describe the same emotion.

Cheeky; often used with monkey, as in “You’re a right cheeky monkey.” Charming, mischievous, and a little disrespectful of the high and mighty. Ryan Reynolds and Chrissy Teigen are cheeky.

Bagsy. If you’re in England and you want to get the front seat for a car ride, don’t yell out “Shotgun!”. They’ll just think you’re an American gun nut. To get that primo seat, sing out, “Bagsy!”.

I had an Uncle Bob, I’m guessing that a good many folks have or had one. But if you’re in Yorkshire or Southwick, “Bob’s your uncle!” means, “There you go!” or even more excitedly, “Ta-Dah!”

Bingo wings are the flappy arm parts on women of a certain age. As one of those women, bingo wings is both kinder and funnier than ‘arm flaps’.

Take care, Gentle Reader, I hope your week will be tickety-boo.

Care to guess that one?

Thanks for your time.