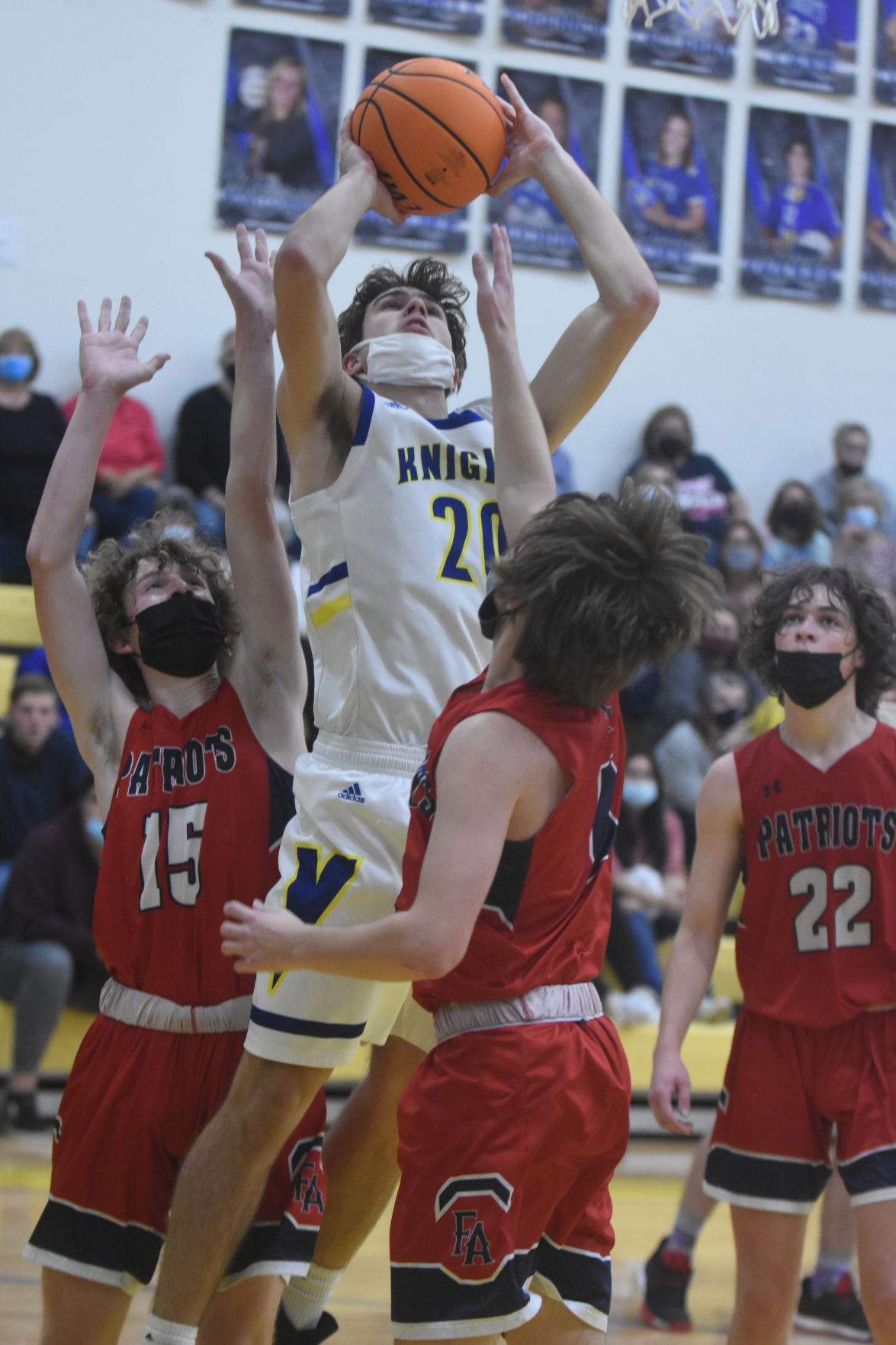 Vance Charter men’s basketball player Matthew Breedlove (center) goes in between two Franklin Academy defenders for a layup during the closing stages of Vance Charter’s 60-55 loss on Monday, a game the Knights led by double digits in the second half. 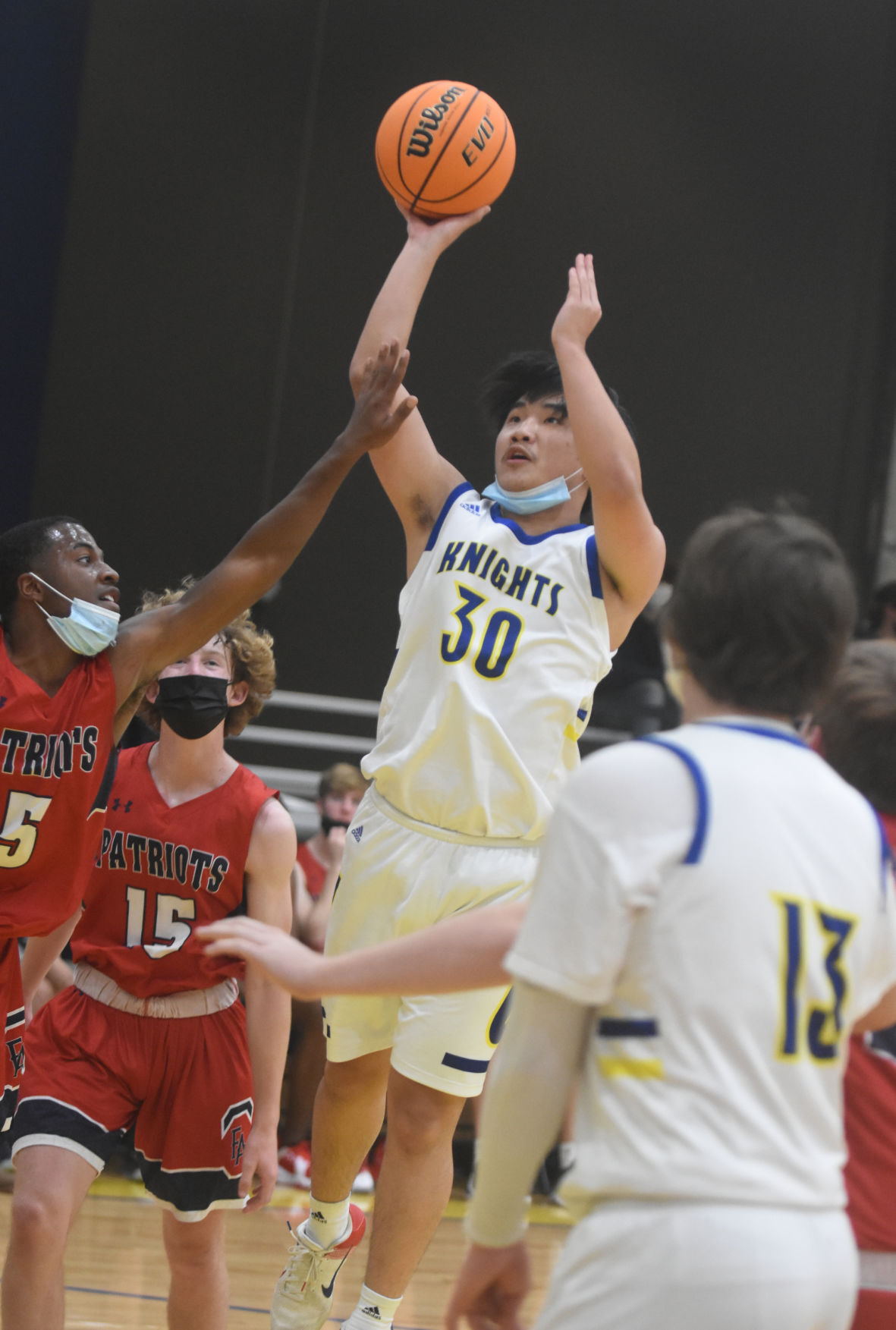 Vance Charter men’s basketball player Matthew Breedlove (center) goes in between two Franklin Academy defenders for a layup during the closing stages of Vance Charter’s 60-55 loss on Monday, a game the Knights led by double digits in the second half.

HENDERSON — A victory was well within reach of the Vance Charter men’s basketball team on Monday evening against Franklin Academy, as the Knights established a 10-point lead in the third quarter.

But by evening’s end, head coach Taron Downey and his players were left to ponder what went wrong in the closing stages that enabled Franklin Academy to make a late charge and leave Henderson with a 60-55 win.

A dejected Downey was frustrated that the game played out the way it did, but he commended Franklin Academy for playing Vance Charter hard all evening and taking advantage of his team’s mistakes when it mattered.

“You have to tip your hat to Franklin Academy,” Downey said. “They made some big plays in the fourth quarter. There were a few calls that didn’t go our way and I thought that’s what decided the game.”

The second quarter eerily foreshadowed what would transpire for Vance Charter at the end of the game.

After building a small 13-10 advantage over their opponent in the first eight minutes, the Knights struggled to maintain control of that gap before Franklin Academy generated some momentum to pull ahead 25-24.

A late technical foul on Franklin Academy enabled Vance Charter to go into the locker room tied. The Knights opened the third quarter by carrying over their three-point efficiency from the first half, while also finding room inside for more points.

Everything was going according to plan for Downey in the second half, but instead of celebrating a win with his players, he was left with more questions about his offense and defense following their fourth-quarter collapse.

Downey knows there is still plenty of time to work out issues big and small, and plans to emphasize the importance of composure in late-game situations when he and his players are able to practice again.

“We had our defensive assignments but [Franklin Academy] scored 23 points in the fourth quarter and we scored 12,” Downey said. “We’ll have practice on Wednesday and Thursday, so we’ll just keep pushing. That’s all you can do.”