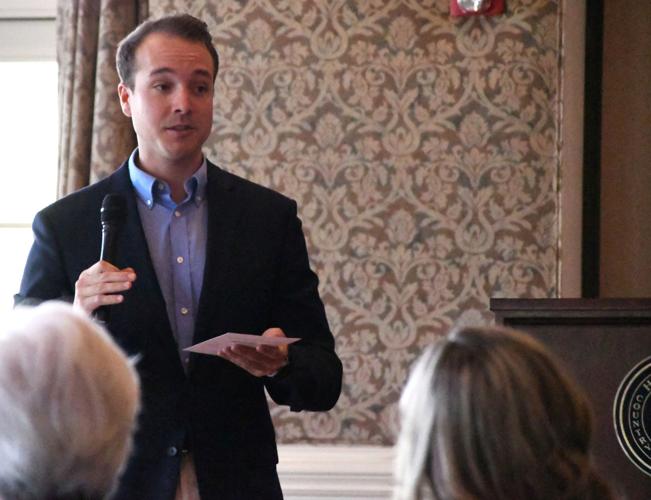 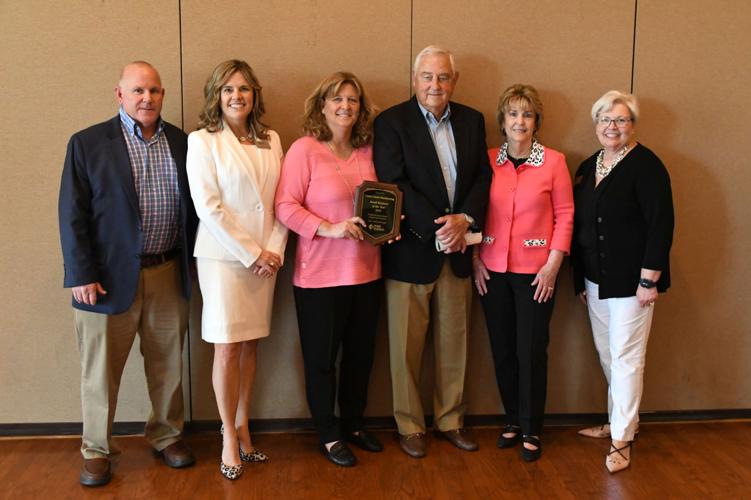 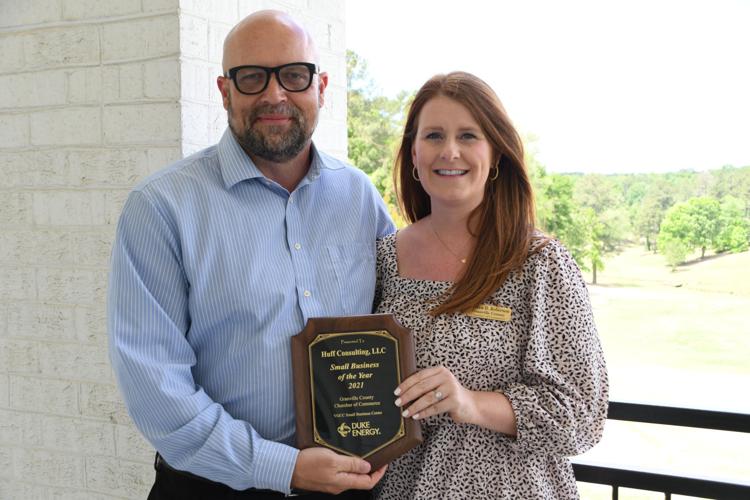 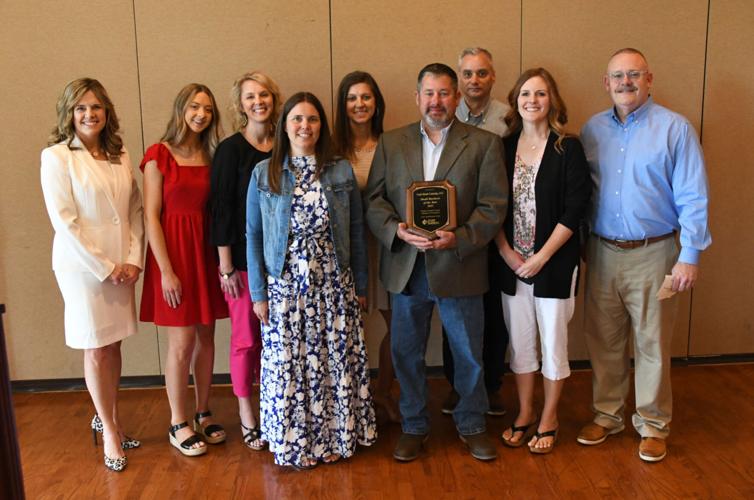 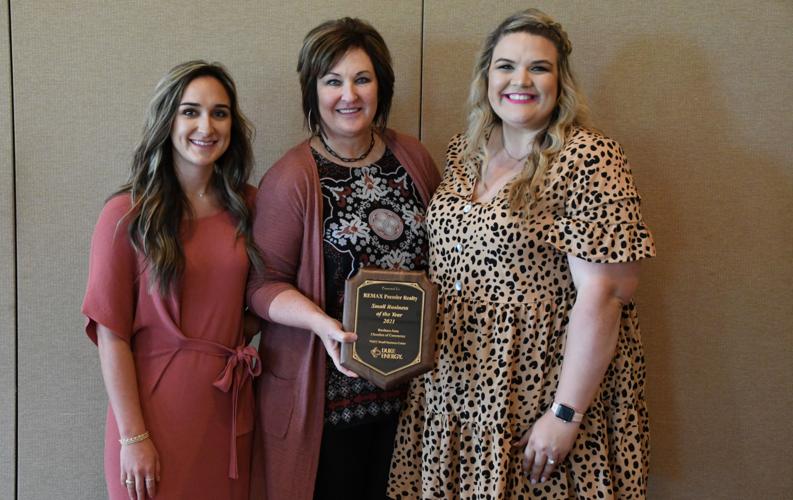 HENDERSON — Each year, Henderson-Vance County Chamber of Commerce President Michele Burgess wonders if the previous crop of Small Business of the Year nominees can be topped.

The 2021 field did not disappoint.

Its winners were crowned Wednesday at Henderson Country Club during an annual luncheon hosted by four area chambers of commerce and the Vance-Granville Community College Small Business Center.

“We just think every year we can’t get anybody better,” Burgess said, “but then we get some more names and we’re like, ‘Oh yeah.’ ”

Henderson-Vance County Chamber of Commerce Chairperson Ronald Bennett presented Country Snacks Manufacturing’s award, surprising the audience by pulling out a yellow-labeled bag of Carolina Country Snacks fried pork fat back and raising it with his right hand to showcase one of their popular products.

“Has anyone else seen these bags?” Bennett said.

“This locally-owned Country Snacks Manufacturing began in the year 2000,” Bennett added, “and has brought positive recognition to our community with each package of pork skins, proudly printed with ‘Henderson, North Carolina’ and a Bible verse on the back.”

Country Snacks President Angela Jacobs took over the reins of the business from the founder, her father Dwight Frazier.

The company grew from six employees at its start to more than 35 and in recent years, expanded to a national market.

Burgess credited the Frazier and Jacobs families for keeping the business in the family, and praised the public-spirited Angela Jacobs, who serves on the Henderson-Vance Chamber Board of Directors and is involved in a number of other community services.

“The pork skins — you just see it everywhere,” Burgess said. “When their trucks are going down [Interstate 40] going to Wilmington, when you go into Richmond, when you go into a convenience store. They’re everywhere. So that part of it is just giving great exposure to Vance County because Henderson, N.C. is on the back of the bag.”

Huff Consulting was founded in 2010 out of Randall Huff’s home but the company moved to Oxford’s Williamsboro Street in August 2021.

A major part of the consulting firm’s present offerings center around helping businesses with staffing and employee retention.

“So they’re giving back to the community,” Roberson said, “but also what they do as a business is so critical right now with our workforce shortage.”

Huff called the firm’s move to Williamsboro Street, and all that came with it, a “blessing” and that he knows Huff Consulting has found the right place.

“We look forward to being a pillar of the community for a long time,” Huff said.

Kirksey, N.C. Rural Center’s Advocacy Engagement Coordinator, cited a N.C. Secretary of State report that 300,000 new businesses have been registered in the state since 2020. Last year, the 178,300 new business creation filings were more than double the amount registered four years prior.

Kirksey said rural areas have been impacted by what he called the “small business boom.”

The Rural Center serves the state’s 78 rural counties with an emphasis on individuals with low to moderate incomes and communities with limited resources.

“Rural is not just a place,” Kirksey said. “It’s a way of life. And a lot of us wouldn’t trade it for what they’ve got going on in Wake County, Durham County, etcetera.”

The majority of Henderson-Vance Chamber members are small businesses, the “backbone” of the Chamber as Burgess referred to them.

Running a small business is an exercise in resourcefulness.

“You’re with them almost as much or more as you are with your own family,” said Jacobs. “So that’s how we think of Country Snacks Manufacturing and I would bet that’s how every small business feels. You’re able to really invest in the individuals that you work with.”