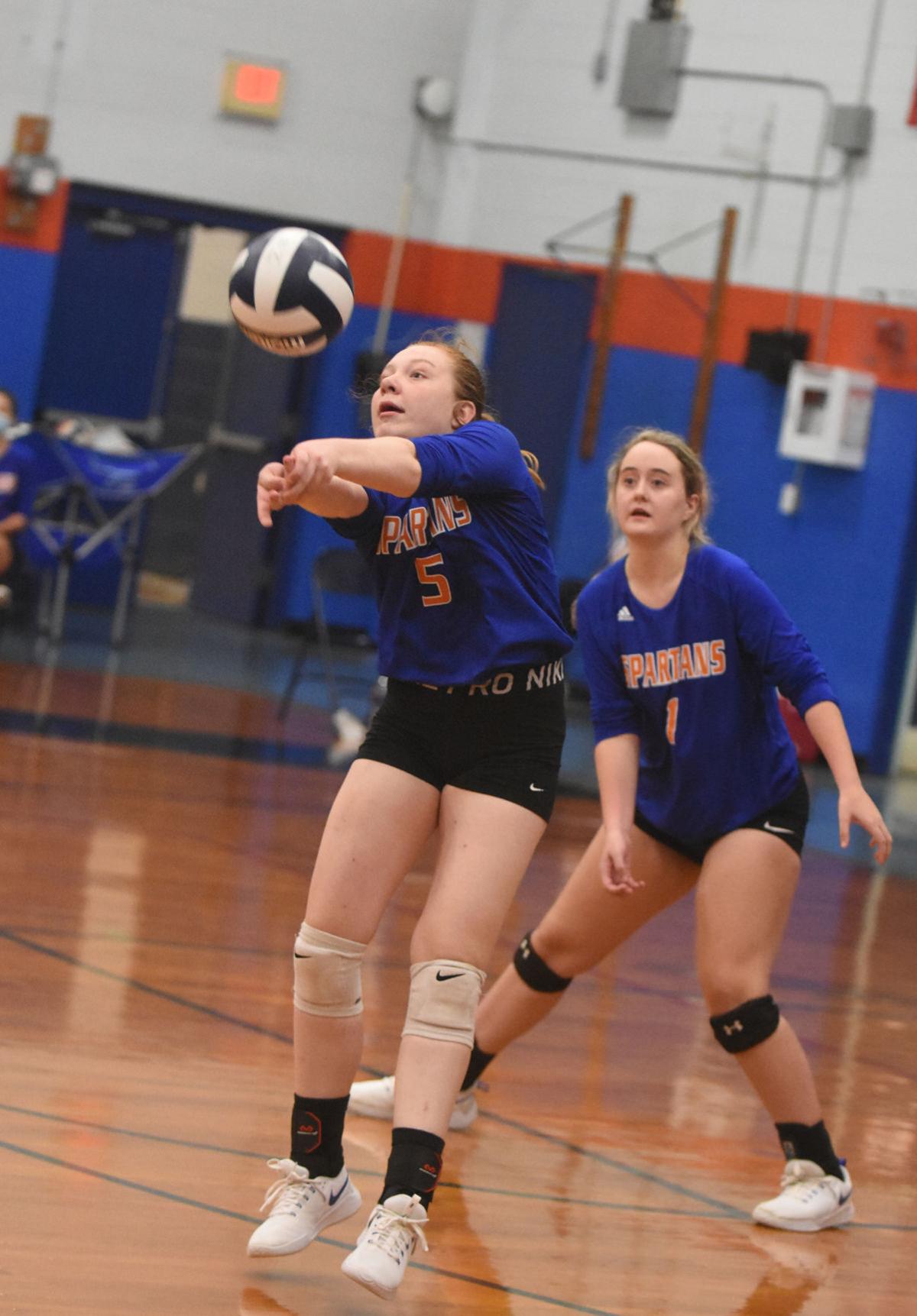 Above: Kerr-Vance Academy volleyball player Regan Tanner (5) hits the ball while her teammate Blaire Boyd (1) looks on during their team’s 3-0 victory over Epiphany on Friday evening. 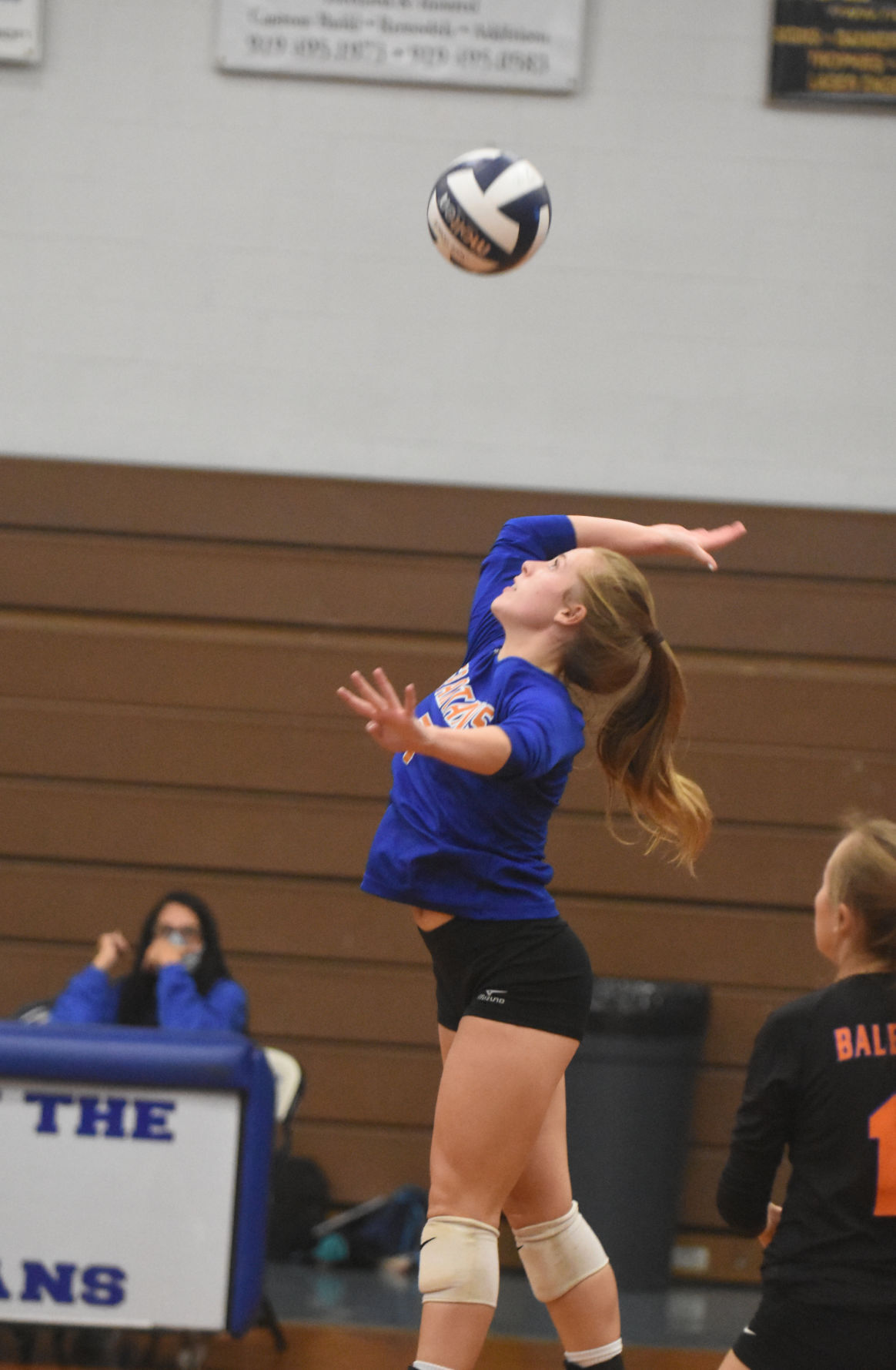 Left: Kerr-Vance Academy volleyball player Katelyn Balentine knocks the ball over the net during her team’s 3-0 victory over Epiphany on Friday evening.

Above: Kerr-Vance Academy volleyball player Regan Tanner (5) hits the ball while her teammate Blaire Boyd (1) looks on during their team’s 3-0 victory over Epiphany on Friday evening.

Left: Kerr-Vance Academy volleyball player Katelyn Balentine knocks the ball over the net during her team’s 3-0 victory over Epiphany on Friday evening.

HENDERSON — The Kerr-Vance Academy volleyball team received its first true test in the form of Epiphany on Friday evening, but they withstood a couple of strong charges to secure a 3-0 victory and improve to 2-0 on the year.

Head coach Casey Ellington said that the strengths Epiphany provides as a program can make them a difficult opponent to face, but she was proud of the way her team properly adapted to Epiphany’s size around the net.

“The girls are playing awesome,” Ellington said. “I knew Epiphany had good hitters and some tall girls, so I knew blocking was going to be big, but the girls worked around that, which was awesome.”

Epiphany got the early jump in the first set, but it would not take long for KVA to find its rhythm and force its opponent to call an early timeout by going up 11-5. Epiphany attempted to make a comeback, but several strong serves from senior Katelyn Balentine helped KVA pad out its lead and win the first set by a score of 25-18.

KVA attempted to take control of the game in the second set by pulling out to an early, double-digit advantage following several mistakes from Epiphany, which was enough to obtain a 2-0 overall lead entering the final set.

KVA once again got a strong start, but quickly found itself on defense when Epiphany started attacking around the net. This allowed Epiphany to pull ahead 13-12 and forced Ellington to call a timeout to discuss the gameplan with her team.

Ellington said that she was slightly disappointed in her team underestimating Epiphany going into Friday’s match, but she knew that KVA would finish strong once her players realized that Epiphany was accumulating most of their points by tipping the ball.

KVA properly adjusted to Epiphany’s strategy and proceeded to exchange leads and ties, but Epiphany had to use another timeout after KVA gradually gained the upper hand with an 18-16 advantage. The brief stoppage was not enough for Epiphany to come back on KVA, who claimed the win with a 25-19 set victory.

With KVA having won the first two games in an abbreviated season, Ellington said that she is still working on the basics with the program, but does not have any major concern as her players prepare to hit the road for the first time this week.

“We need to work on talking, communicating and making sure the girls know where to go,” Ellington said. “Most importantly, I just want them to have fun.”

KVA will make a short trip down south to Raleigh to face off against Neuse Christian Academy on Thursday evening at 6:45 p.m.