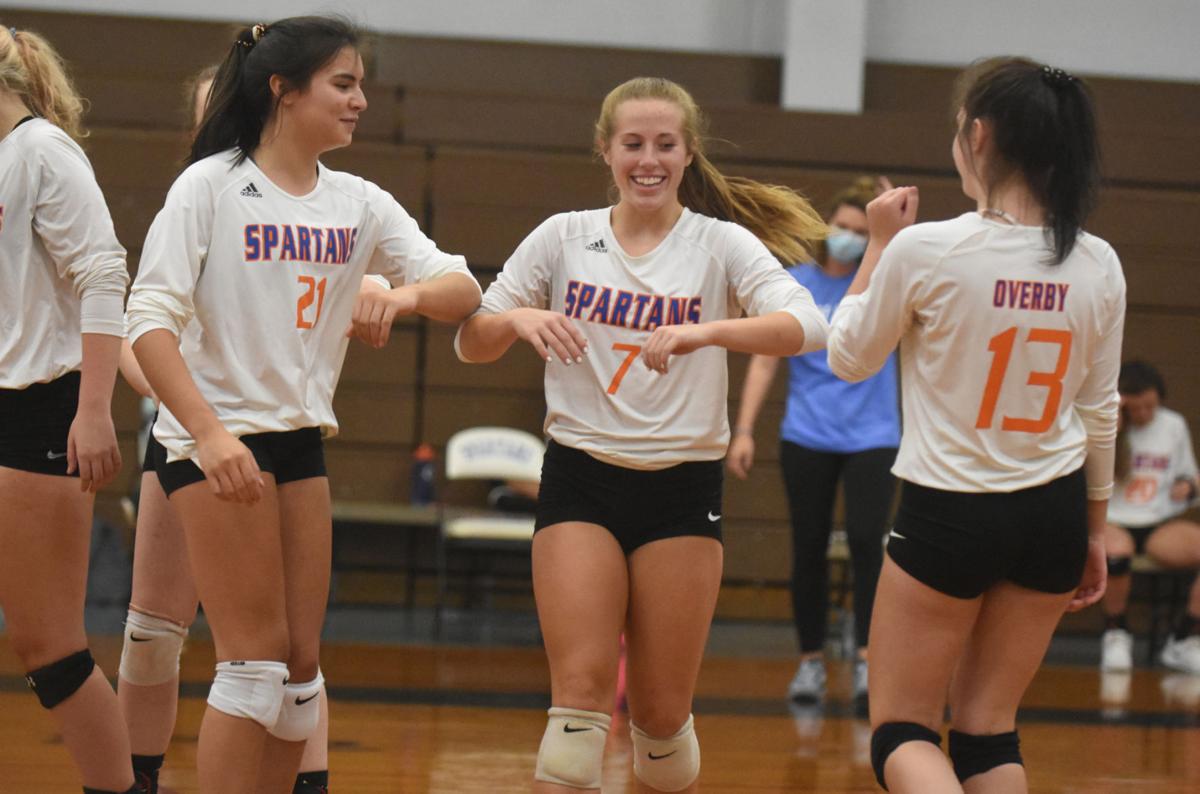 Kerr-Vance Academy volleyball player Katelyn Balentine (center) celebrates with her teammates Juliana Negron (21) and Anna Overby (13) on Monday near the end of their team’s 3-0 season-opening victory over Community Christian. 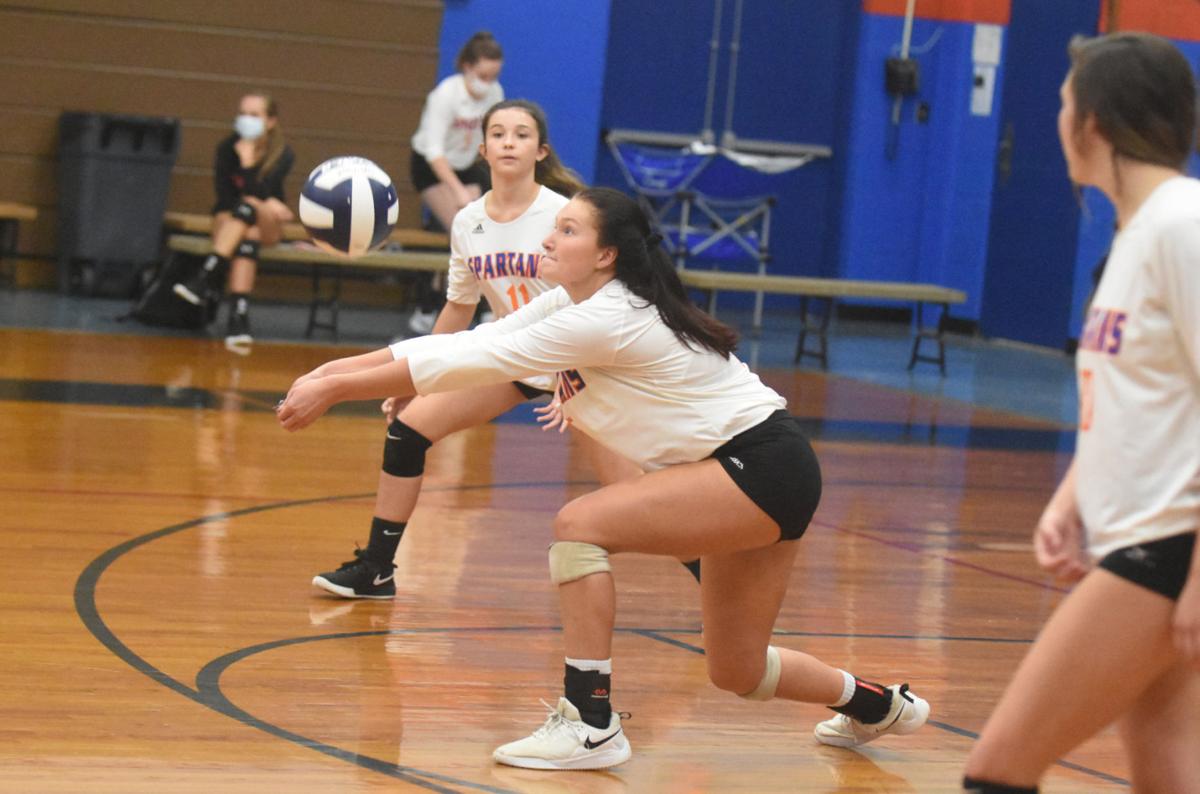 Kerr-Vance Academy volleyball player Cheyenne Owen (center) makes a play on the ball while her teammate Kaitlyn Jones (11) watches during their team’s 3-0 victory over Community Christian on Monday evening.

Kerr-Vance Academy volleyball player Katelyn Balentine (center) celebrates with her teammates Juliana Negron (21) and Anna Overby (13) on Monday near the end of their team’s 3-0 season-opening victory over Community Christian.

Kerr-Vance Academy volleyball player Cheyenne Owen (center) makes a play on the ball while her teammate Kaitlyn Jones (11) watches during their team’s 3-0 victory over Community Christian on Monday evening.

HENDERSON — A different atmosphere greeted the Kerr-Vance Academy volleyball team Monday evening as they took part in their first game under new head coach Casey Ellington in front of an empty gymnasium.

Despite the changes, KVA maintained the same energy and efficiency that yielded state titles in 2018 and 2019 by thoroughly dominating Community Chrisitan in three sets to claim a season-opening victory.

“This feels awesome,” Ellington said about her first win as KVA’s head coach. “At first, the girls were playing kind of slow and they weren’t ready for the ball to come back over. By the third set, the score was 25-5 and I could tell they were playing on their level by then.”

A couple of early mistakes from KVA kept Community Christian within striking distance, but they soon established a rhythm and pulled out to an 8-2 lead. A timeout from Community Christian failed to shift momentum in their favor, as KVA took a 1-0 overall lead by winning 25-7.

Community Christian enjoyed a much better start in the second set and even managed to briefly take the lead on KVA, but multiple errors soon enabled KVA to get back out in front. Community Christian attempted to keep pace with KVA, but they were forced to settle for a 25-14 loss after committing more mistakes.

KVA quickly took control of the game in the third set by jumping out to an early lead and encountering little resistance from Community Christian to take the overall win and start their quest for a third consecutive NCISAA 1A title on a strong note.

Ellington said that she saw plenty of positives and negatives in KVA’s season-opener, but she applauded the intensity her players brought against Community Christian and does not have any worries about her team improving on their mistakes from Monday over the rest of the year.

“The girls need to call the ball more and move their feet, but the girls really put the ball down tonight,” Ellington said. “Cheyenne Owen really played her butt off and she hit really good in the middle. Going forward, the girls just have to know they can win it, because they tend to get down when they mess up. They just need to stay positive and work as a team.”

KVA will stay at home for their next contests, which takes place against Epiphany on Friday evening at 6 p.m.