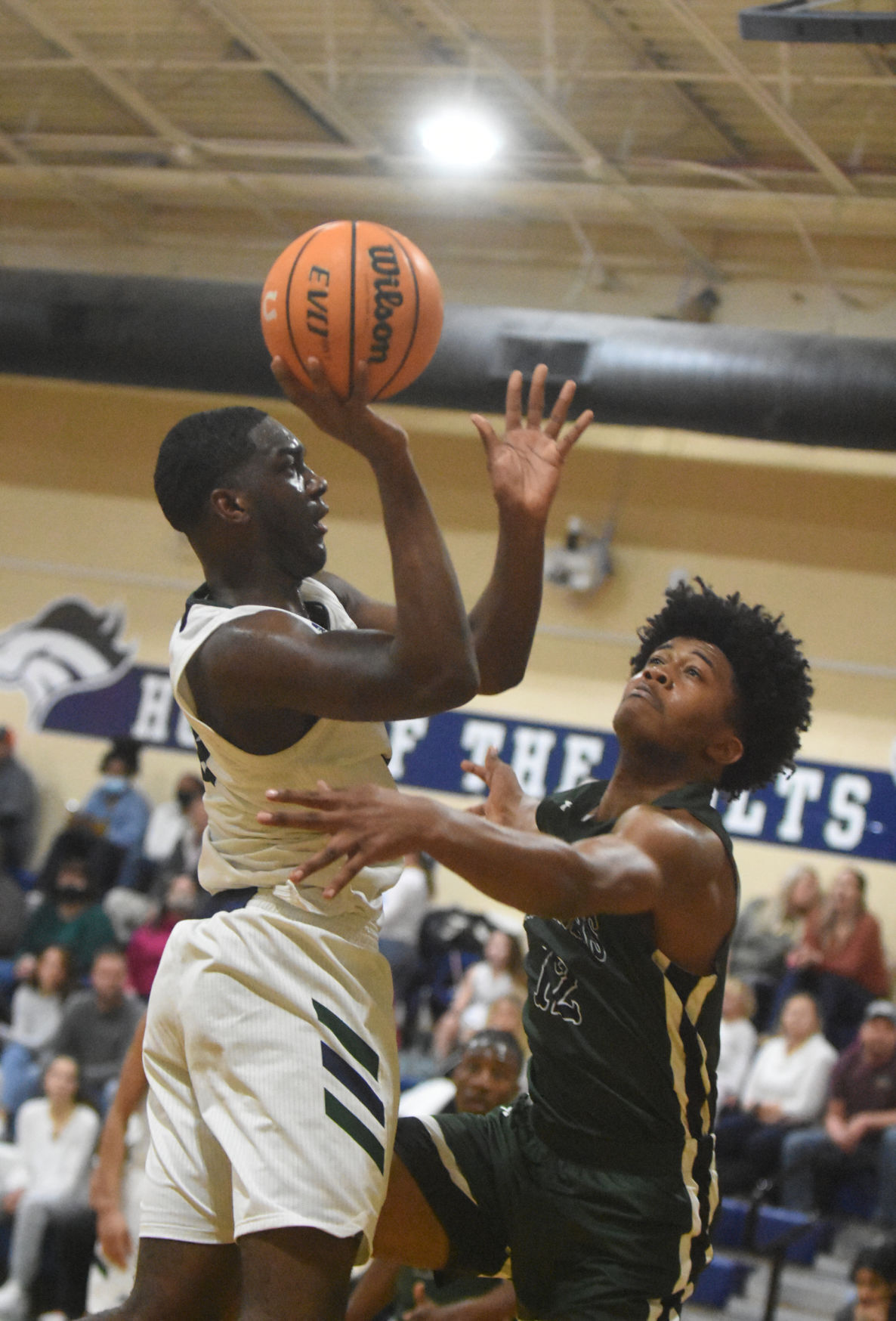 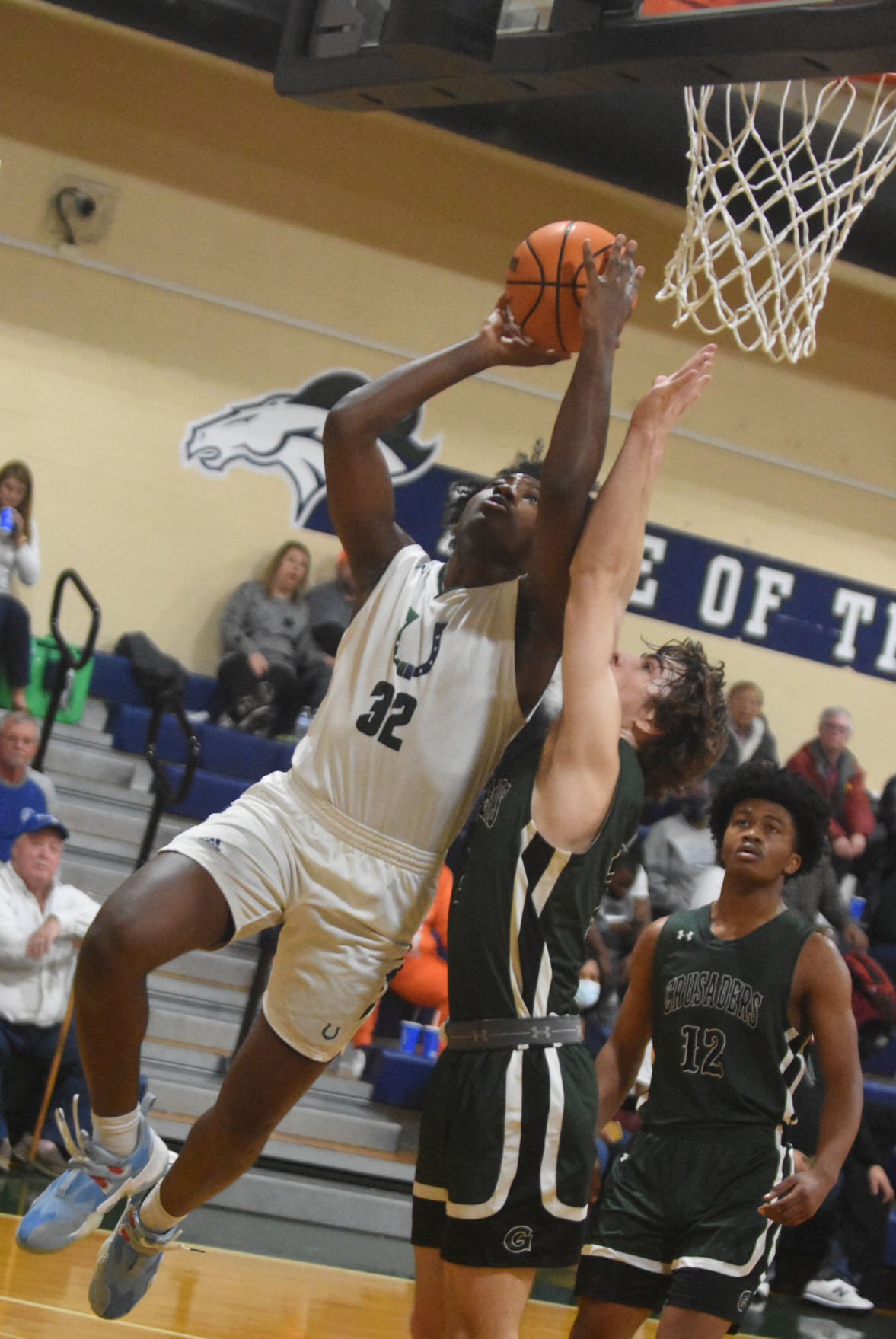 The two NCISAA Mid-Carolina Conference rivals wrestled for control on Crossroads’ home turf for most of Friday’s rematch but Grace Christian found momentum in the fourth quarter following several late Crossroads mistakes to complete the season sweep by a score of 65-56.

Richardson said that Crossroads was in a position to play catch up in the closing seconds of the fourth quarter due to Grace Christian junior Ma’kyi Butler, who relentlessly torched his team’s defense from beyond the arc.

“The Butler kid played lights out,” Richardson said. “He just hit big threes after big threes and those were backbreaking plays. You have to give him credit because he played hard [on Friday].”

Most of Butler’s production came late after an inconsistent third quarter left Grace Christian tied with Crossroads at 42-42.

Grace Christian ended up outscoring Crossroads 23-14 in the final eight minutes with Butler matching everything that came his way. He ended his stellar evening with 20 points, 13 of which came as Grace Christian closed out their hard-fought battle with Crossroads.

Whenever Butler wasn’t scoring threes, his teammates took advantage of openings the Crossroads defense had around the perimeter, with key playmakers in seniors Justin Mitchell and Sayvion Ellis all draining at least one three-point shot.

Richardson knew that keeping Grace Christian out of the paint was going to be crucial towards obtaining a victory in Friday night’s matchup but was disappointed that efficient defense underneath the rim led to numerous successful perimeter scoring opportunities for Grace Christian.

“In the last game, [Grace Christian] really hurt us inside,” Richardson said. “We took that away but what we gave up was opportunities for them to make threes. Of the 35 points they scored, 21 came off threes in the first half. We ended up going back to a matchup that took away the three in the second half but the Butler kid just had a great night.”

Even with Grace Christian controlling the game with their three-point shooting, Richardson felt that Crossroads still had a solid shot at coming away victorious if his players had not made careless mistakes with the ball while trying to move down the floor quickly.

Despite losing both regular season contests to Grace Christian, Richardson said that his players continue to overcome the mistakes that hindered them earlier in the season and is confident that they can hang with any team in the NCISAA 1A division following Friday’s performance.

Now that Crossroads has faced Grace Christian twice, Richardson intends to formulate an efficient gameplan to stop Grace Christian ahead of a rematch that he anticipates will take place at some point in the postseason.

“We’ve got to figure out the Butler kid,” Richardson said. “He beat us inside the first game and beat us outside in the second game. Jesse Mitchell had a great game tonight and he’s been playing second to Butler all year. [Head coach] Jesse Wilson does such a great job with this team and they are the third best team in the state for a reason.”

The next game up on the schedule for Crossroads will see them travel to Greensboro for a 6:30 p.m. meeting with New Garden Friends as they look to improve to 10-6 on the season.