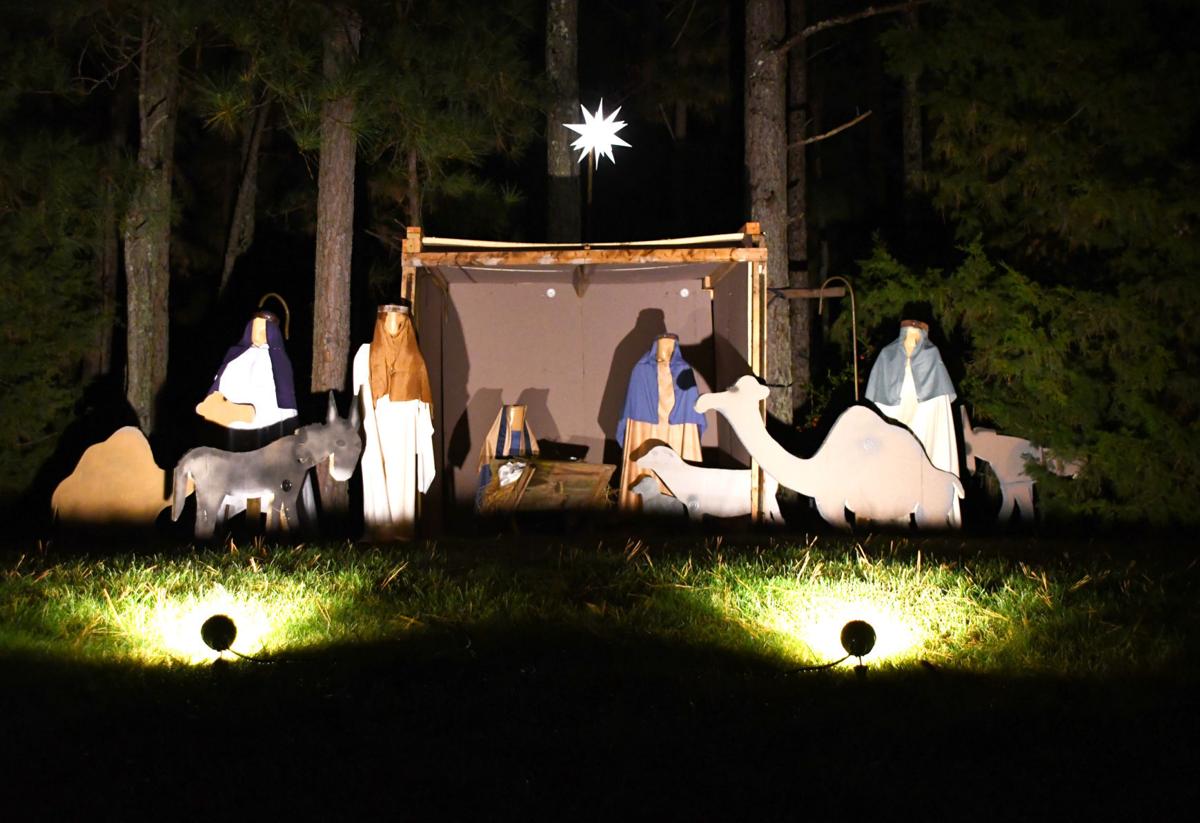 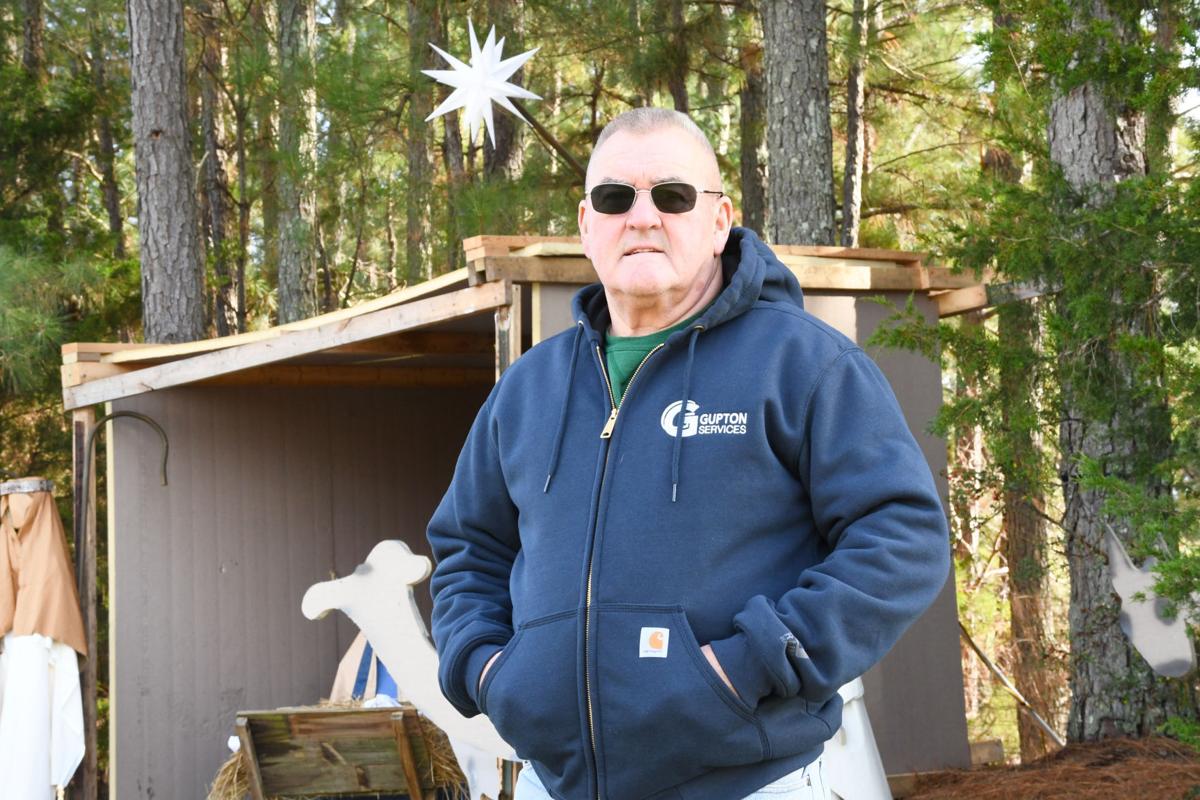 Rick Etheridge built a nativity scene in front of his home at Old Watkins Road and U.S. 158 Business. 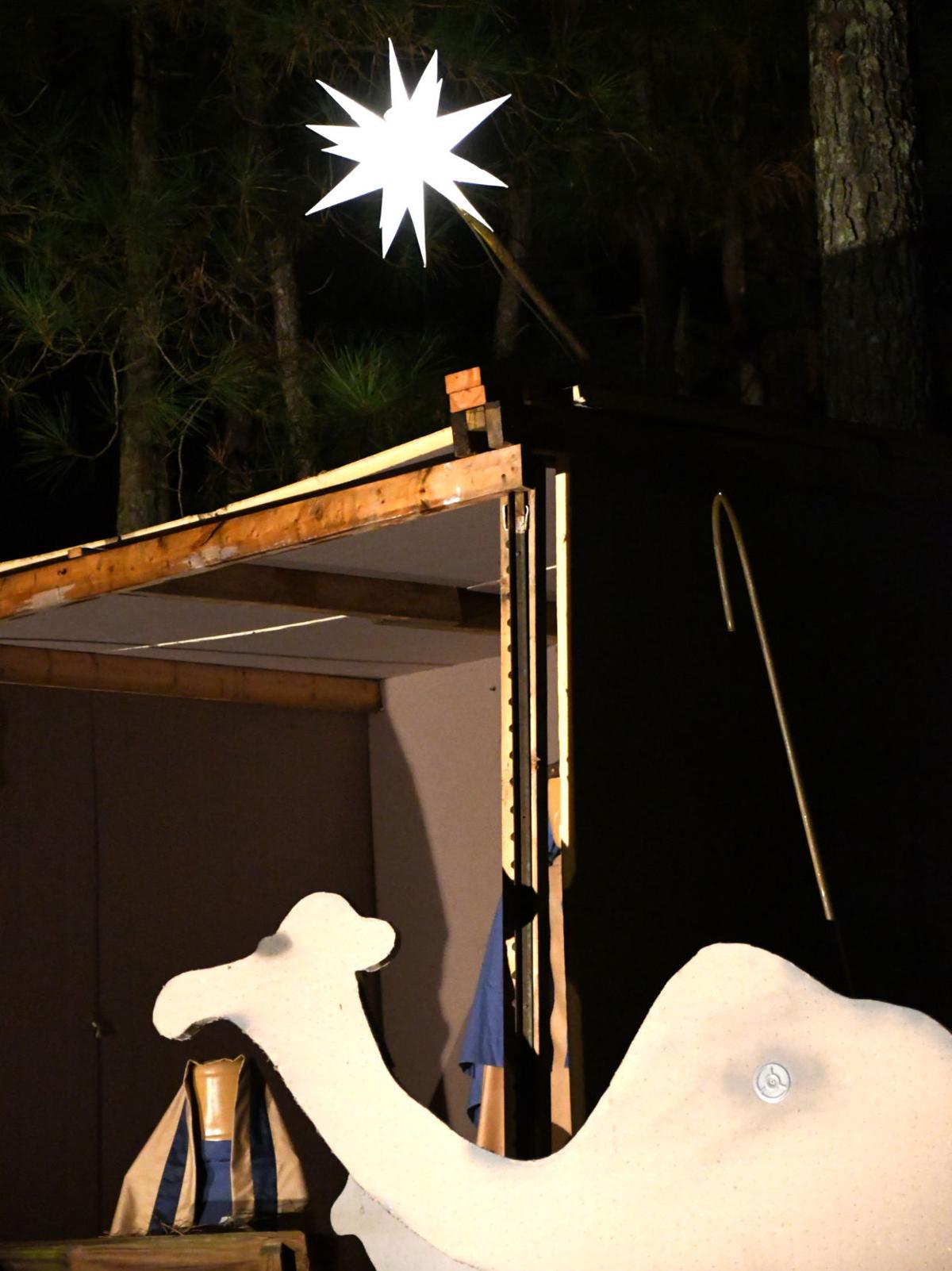 With a star serving as the centerpiece, the Watkins nativity scene takes on a different feel at nighttime. 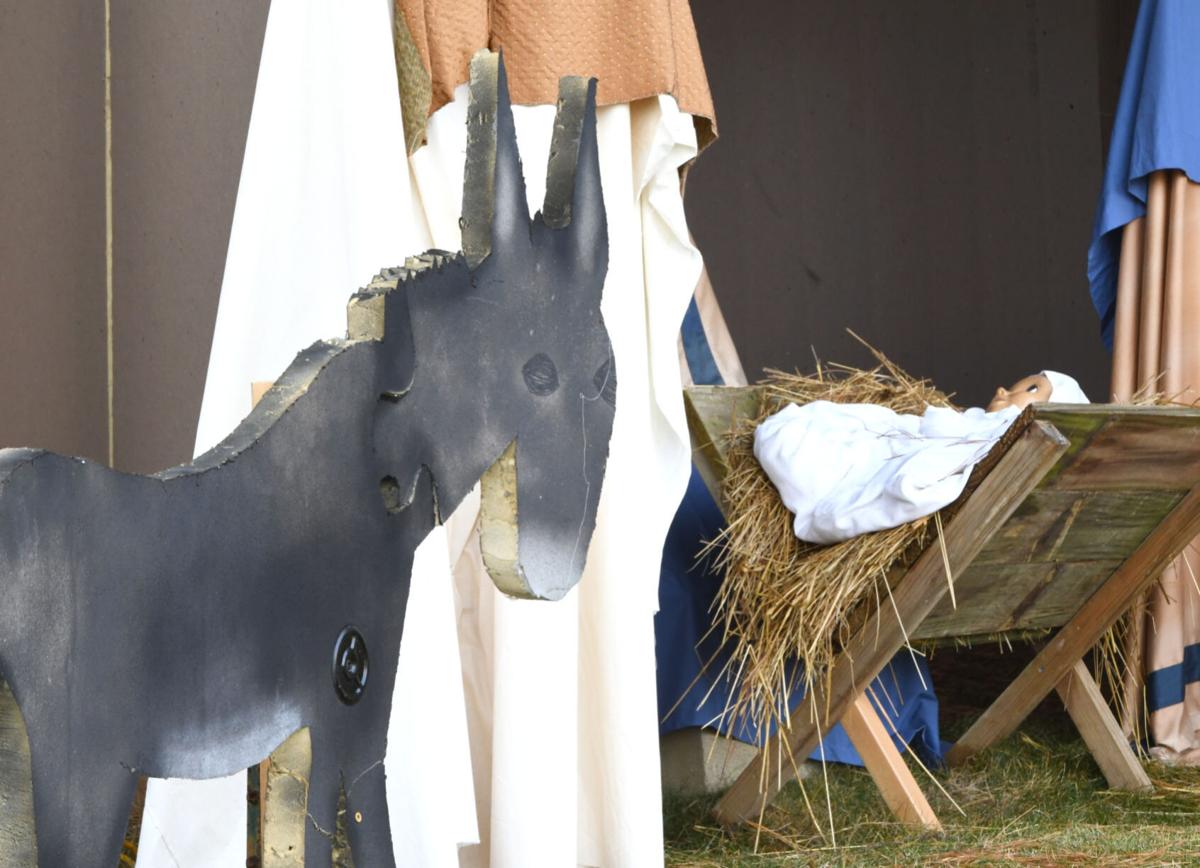 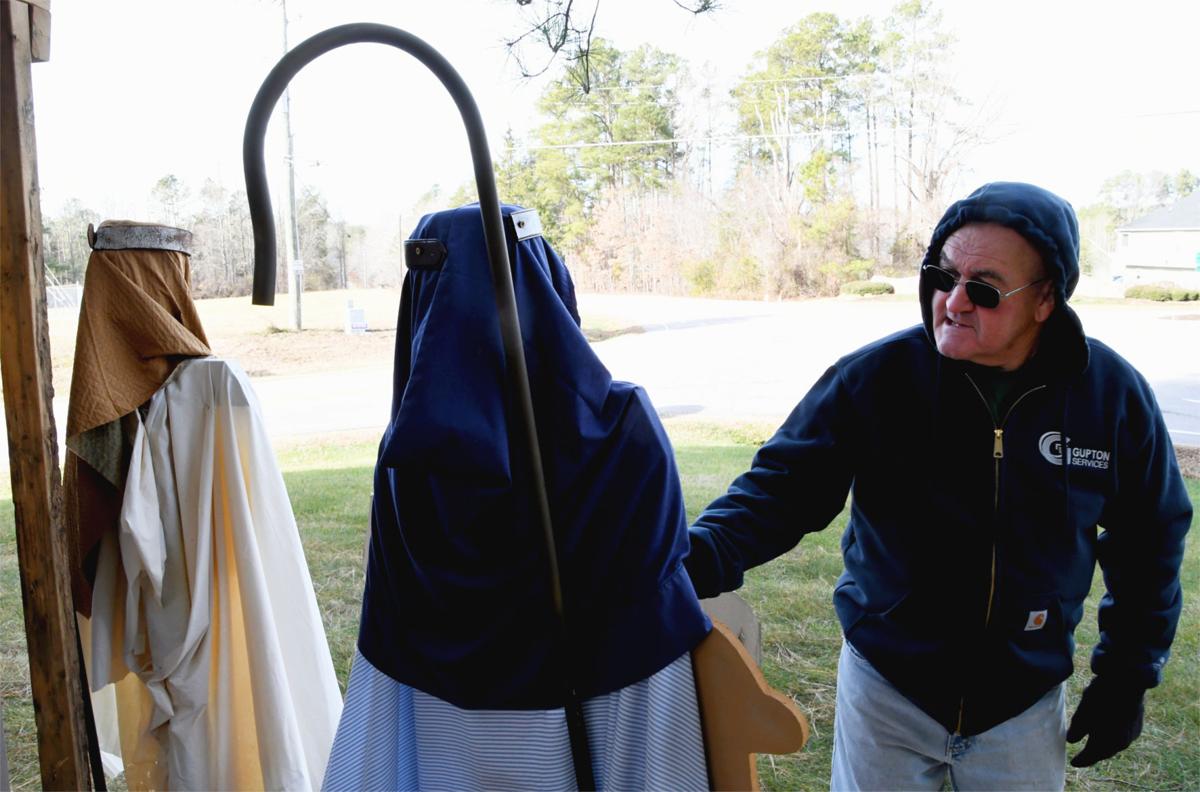 Rick Etheridge built a nativity scene in front of his home at Old Watkins Road and U.S. 158 Business.

With a star serving as the centerpiece, the Watkins nativity scene takes on a different feel at nighttime.

WATKINS — The Etheridge home at the corner of Old Watkins Road and U.S. 158 Business already had one claim to fame over the last decade or so: being close by the colorful roadside tree that’s adorned with Christmas lights during the holiday season.

With so much traffic on the highway, and unofficially being part of what some call the “entrance to Watkins,” the tree became a landmark.

This year, the tree welcomed a companion attraction, a Christmas nativity scene, across Old Watkins Road and atop the grassy knoll that overlooks the Huntstone community.

Rick and wife Sybil have lived just beyond the trees behind the nativity scene since 1991, and belong to Eastside Baptist Church in Henderson.

The roots of Rick’s nativity scene can be traced to a lone sheep he made several years ago, before the cast of characters grew to include donkeys, camels, shepherds, a manger and stable, Joseph and Mary, and baby Jesus.

He started the bulk of the work in the spring and finished most of it by October before its Watkins debut around Thanksgiving. It’ll stay there until the new year.

The nativity scene is eye-catching in the daytime, but the glowing star above the stable and the pair of ground-level spotlights illuminating the scene make for a more poignant setting by nightfall.

“Oh my goodness. They are so happy,” Rick’s daughter-in-law Rachel Etheridge said of the community’s response. “I actually spoke to a lady who was across the street at Huntstone and her mother just passed away. She told me when she pulls out every day, she looks at it and it just gives her a sense of peace. She actually started getting emotional. She was just so happy it was there. Everybody is just so happy about it. It just brings a lot of joy.”

Rick didn’t want the nativity scene to have a store-bought feel. Most of the characters are made of styrofoam, and the heads of the shepherds and Mary and Joseph are brown milk jugs.

The materials used are amusing to Rick, since people tell them they enjoy the scene’s “lifelike” appeal.

“If they knew what it consisted of,” Rick wryly said, “they wouldn’t think it was lifelike.”

On a quick pass-by, no one would ever pick up on those details, though. What the scene represents is what’s important to Rick, who is no stranger to projects. He built a replica mill house in his yard of salvaged wood and metal, complete with a functional mill wheel.

When he gets a project on his mind, he thinks it through. While prepping for his nativity scene, Rick took photos of other nativity scenes in places like Littleton and Creedmoor, for inspiration.

Rachel says it reminds her of simpler times, with less hustle and bustle, while Rick hopes to bring new life to an old tradition.

“We’ve been Christians for about 47 years,” Rick said. “You know, Christmastime is special to a Christian. It’s just one of those things that we love. We love this time of year.”